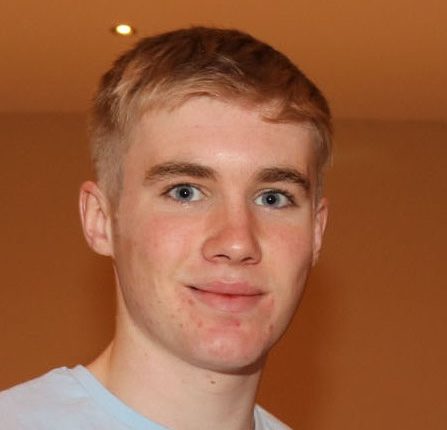 If you were throwing a party and you could invite anyone in the world, dead or alive, who would you ask around? It would have to be Conor McGregor – he could double as the bouncer as well.

Where do you like to go out to celebrate after a big victory? The main spot in Gweedore these days is Micis! That’s where we went after our All-Ireland final.

What’s the worst pitch you’ve ever played on? Haven’t played on it this year but Dungloe’s pitch used to be an ankle breaker.

Which character in any film are you most like? My brother used to always call me Owen Wilson from Marley and Me, because I had long blonde hair when I was younger so I’ll go with him!

Any odd items in your kit bag? I emptied my pockets into it a few weeks ago and I’m pretty sure Liam McFadden’s still in there somewhere!

Who’s the biggest joker in the team you play for? Has to be Paul Ferry! Couldn’t trust the man.

Which team mate has the best looking other half? None of the youth lads have girlfriends, but for the seniors, Jambo’s must be up there since he left the country for her.

Who is the worst/best trainer? The best trainer has to be Joe McGee, I’ve never seen anyone else organise a defence in 4v4 drills! The worst is definitely Michael Coll, he used to leave early to play darts. (In fairness he did make the county darts team)

Who spends most time in front of the mirror in the dressing room? Conor Duggan, he’s always trying to fix that terrible haircut of his before games.

Who’s the best/worst person to sit beside on the team bus? I’m not sure who the best is but the worst has to be Michael Coll! He has the same taste in music as my grandad and always volunteers to use the speaker…

Who has the best and who has the worst diet on the team, and what does it include? Don’t think any of them have a diet to boast about really, but Dan Gallagher probably has the worst, the closest that man gets to fruit is fruit pastilles!

Toughest opponent you have faced? I’ve played against a few, it would be tough to pick one.

Best manager you’ve ever played under? Hughie Rua! He’s been coaching longer than I’ve been alive and he’s still doing it. It’s unbelievable how much time he gives to the club.

Best ever performance? Don’t know if it was my best but the All-Ireland final for our school this year was probably my favourite seeing as it was so tight and I scored the winner!

One to forget? U14 Cup final. Missed the last penalty and it still wakes me up at night.

Sporting ambition? To push myself and play at the highest level I can.

When you were playing in the back garden, who did you pretend to be? I used to always watch videos of Zidane on YouTube so I’d say him.