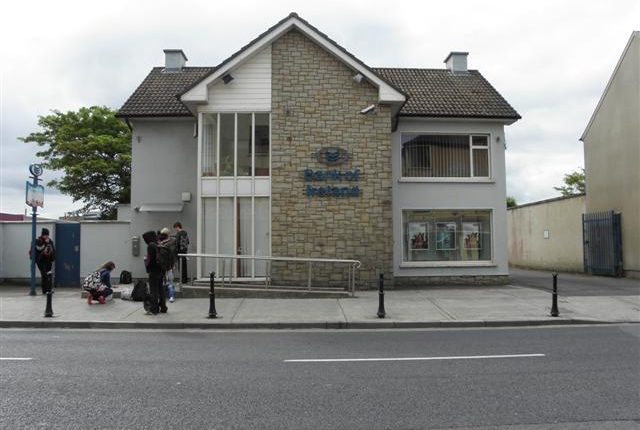 Bank of Ireland have made the decision to withdraw their services from four Donegal branches. Sinn Fein Finance spokesperson Deputy Pearse Doherty has said it is ‘another blow for rural communities.

Mr Doherty has criticised the decision confirmed to him today by Bank of Ireland that it is to remove over-the-counter cash services from four of its Donegal branches at Bunbeg, Bundoran, Glenties and Moville from August.

It’s also understood that over-the-counter cash services at eight other branches in the county are to be scaled back from a full service three times a week, to a part time service Monday to Friday.

Commenting on the bank’s decision, Deputy Pearse Doherty said that the move represents yet another blow to the county, adding that the Government continues to stand idly by while rural communities suffer.

Deputy Doherty said: “Today’s announcement from Bank of Ireland that it is to remove over-the-counter cash services from its branches at Bunbeg, Bundoran, Glenties and Moville is very disappointing and it will come as a major blow to customers of those branches.

“Bank of Ireland has claimed that as part of these plans, these four branches will now be converted into advice and self-service branches only.

“The company has also announced that at eight of its other branches in Donegal over-the-counter cash services are to be reconfigured, reducing from a full-time service currently provided three days a week, down to a part-time service which will be available in branch Monday to Friday, with no over-the-counter cash services available after 12.30pm.

“Ultimately, the bank’s announcement today will effectively mean an overall reduction to banking services at these branches and the loser here will again be its customers.

“I find it extremely hard to stomach that here we have a bank, which the state has a 25 per cent stake in, and which makes hundreds of millions of euros in profits each year, and yet it is allowed to treat its customers with such disregard.

“And the Government too has behaved with equal distain for these communities and, despite all the talk and spin by Government of working to help grow and sustain rural Ireland, and the much hyped Minister for Rural Ireland, this Government has turned a blind eye to the decline which is playing out all around them in rural areas.

“Here in Donegal, we’ve witnessed AIB close a number of its branches over the last number of years, Ulster Bank are currently in the process of closing branches here and have confirmed to me today also that, despite community consultation, that it is going ahead with these closures, and now we hear that Bank of Ireland are reducing the services it offers to its customers.

“I believe that Government intervention is needed in relation to how banks are conducting their affairs in relation to their rural branches which are steadily being down-graded while branch numbers continue to dwindle.

“I have sought a meeting with officials from Bank of Ireland and at this meeting, which will take place in the coming days, I intend to relay my concerns to the company and make the strongest possible case on behalf of these communities for it to reconsider this decision.”