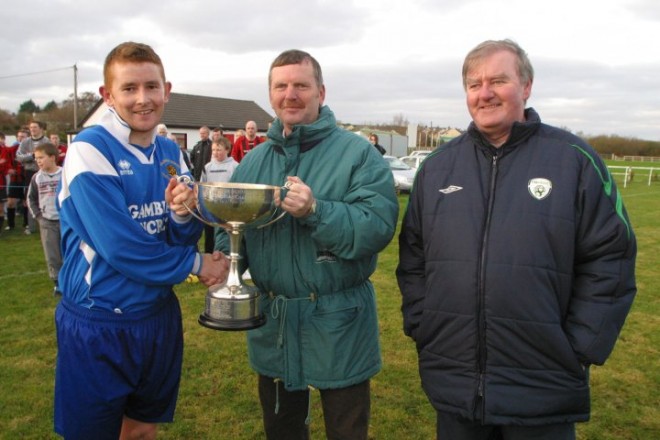 The 4 Lanterns Ulster Senior League’s ‘Eleven 30’ selection – a team with a combined haul of 69 Leagues and 41 League Cups – has been unveiled.
The selection, to celebrate 30 full seasons of the Ulster Senior League, which first came into being in the 1986/87 season, was revealed last night at the League’s annual presentation function.
The ‘Eleven30’ selection panel was Chaired by Chris McNulty, the USL PRO, and included Danny McConnell, Eamon McConigley, Chris Ashmore and Brian McIvor.
The team contains a mix of the various eras of the USL, while legendary Fanad United boss Fr Michael Sweeney has been chosen as the team manager.
Fr Sweeney led Fanad to six USL titles and the first of their two Intermediate Cups, in 1988.
Kenny Harkin scored the winner in the 1988 final and captained Fanad for their next triumph in 1995 and he has been included in the midfield in the team. Harkin has ten USL titles to his name, the most of any player to have played in the League.
McConigley has been chosen at right-back and has the unique distinction of having served in the League ever since 1986, playing and managing in the USL as well as having a decade as the League Chairman.
John McElwaine played in Fanad’s red and black stripes at both midfield and centre-back and it is in midfield that he has been picked.
Goalkeeper Damien Bradley, left-back Liam Sweeney and centre-back Davy Deery all lined out in Fanad’s colours.
Cockhill Celtic have dominated the modern era of the USL, winning the League and League Cup double in each of the last five seasons – the first for a USL club. Malachy McDermott and Gerry Gill from Cockhill were selected by the panel.
Another Inishowen man, Stephen McNutt, who was player-manager of the Buncrana Hearts team that won the League in 1993, is the other midfielder in the selection.
Ronan Coyle scored a phenomenal 209 goals in 176 games with Kildrum Tigers and won Leagues at Kildrum, Finn Harps and Quigley’s Point. Coyle is partnered by Gary Heaney, a supreme goal poacher who won Leagues with Swilly Rovers and Letterkenny Rovers, as well as having stints at Derry City and Bonagee United in the USL.
The ‘Eleven30’ team was sponsored by the 4 Lanterns. 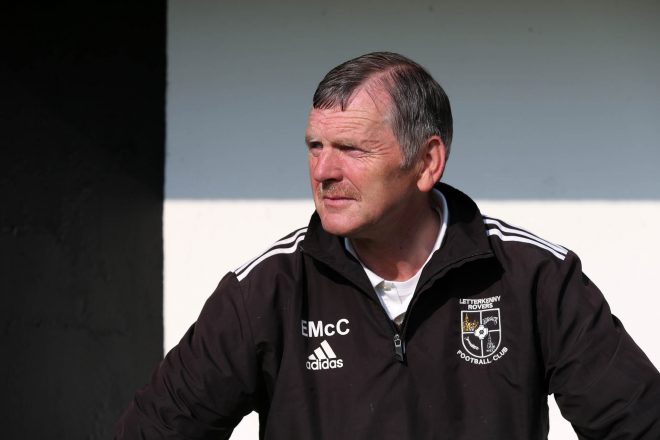 This is Letterkenny Rovers final – McConigley

The Cathedral town club are hoping that that experience, coupled with that gained by the players two years ago...