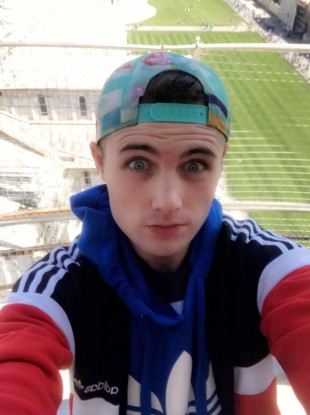 THE communities of Crossroads and Killygordon will unite together in grief with the Crawford family at a special Mass in the local St Patrick’s Church on Friday evening.

Local Curate Fr Frankie Lynch has organised the memorial Mass for their son and brother, Dylan (20), who died suddenly in Manchester on Wednesday, April 12.

The family remain in limbo as to when Dylan’s remains will be released by British Police in order to make the journey home to Ireland for his funeral.

His heartbroken parents made an emotional plea for help on Tuesday’s Shaun Doherty show on Highland Radio as they were left ‘completely frustrated and isolated’ at the lack of information that British authorities were giving them.

Austin and Andrina were contemplating making the painful journey to Manchester’s Royal Infirmary Mortuary to see their son’s body, but were told it was not possible to do so despite two autopsies already been carried out.

The 7:30 pm Mass will allow the grieving family and community to come together as both are at a standstill and unaware of what to do as no information is available from Manchester, therefore no funeral arrangements can be made.