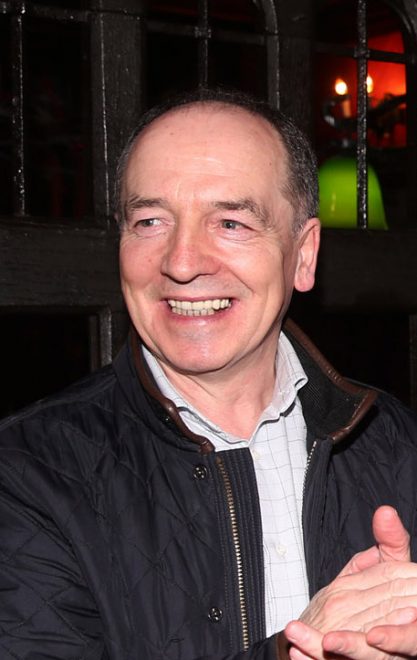 HAVING exited the business world at the tail end of the boom years, one well-known Letterkenny man is back with a bang, the Donegal News has learnt.
Mr Tony Kelly confirmed to the Donegal News this week he is investing €2 million to develop retail units, apartments and a filling station on Paddy Harte Road.
Work began last week on the demolition of his former Mercedes and Honda showrooms on a two-acre site near Letterkenny Retail Park and Century Cinemas.
Mr Kelly obtained planning permission to knock the building a number of years ago for the petrol station, but is expected to lodge revised plans with the local authority in the coming weeks.
The success of Letterkenny Retail Park has fired Mr Kelly’s renewed investment in Letterkenny, which he described as a fantastic town, full of potential.
“I see this as being the last phase of the Retail Park which, in my opinion, is now the heart of Letterkenny town,” he said.
“The Retail Park started off across the road, continued through to the new Dunnes and back to Marks and Spencer and this will complete the circle – so to speak.”
Having spent all his working life in the Cathedral town, he believes that Letterkenny is now ready for ‘lift off’.
“There’s been little or no new commercial development in Letterkenny for much of the past decade since the crash, but I feel that the town is ready to move onto the next phase. You can never underestimate the power of growth and I fully believe the power of growth will lift this town once more.
“Having a vibrant Retail Park – which we now have – will help to regenerate the town. After the downturn of recent years I think that Letterkenny is once again ready for lift off,” he said.
Mr Kelly started work in Hegarty’s Ford garage in 1977 before opening his own across from the old Dunnes Stores, where the Station House Hotel now stands, in 1980.
“This purpose built garage was erected eighteen years ago and we had some very good times. I then moved to bigger showrooms and went down there (adjacent to Century Cinemas) with Mercedes before I took the decision to leave the business.
“When the recession subsequently came along, plans to advance different projects were delayed but I now feel that the time is right to move on.
“When we first started, there was no road there but now the existing building is too close to the road. We’ll tumble the wall to the back of the site as we plan to move the new buildings to the back as it’s important to have plenty of car parking. I’m in talks with a couple of clients regarding the site but it’s too early to name names must yet,” he said.
“Looking back to when I started down there eighteen years ago the town has come a long way. It’s now all happening down there and this is the last piece of the jigsaw. Our plan is to redevelop the site with a filling station, retail units and maybe a neighbourhood area,” he added.
Mr Kelly developed Forte Lynne House, Canal Road, while he also provided the site for the new Aldi supermarket.
“When I stopped the garage it wasn’t due to the recession. It was a life-style choice. I still have a few sites about the town, including one beside the new Aldi, and another between the rear of TK Maxx and Leckview (Letterkenny Rovers football pitch) and I’m chatting to clients about those too.
“Location is king. Most of the commercial building in Letterkenny over the past eighteen years have been down in and around the Retail Park and, thankfully, things are starting to move once more in Letterkenny. Brexit didn’t help but things are settling down there while Sterling is coming down too,” he said.