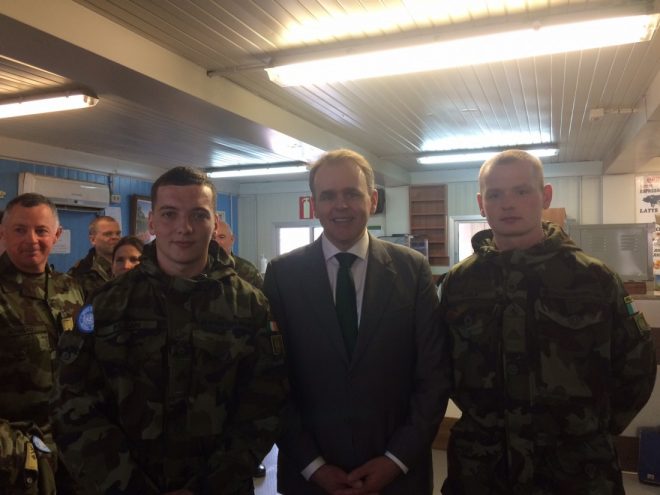 Oisin Redicin, Letterkenny   and Frankie Early from Arranmore Island in the Lebanon

DONEGAL TD Joe McHugh is urging young people to consider a career in the Defence Forces as a significant new recruitment gets underway.

McHugh, the Minister for the Diaspora and Overseas Development, was speaking this morning (Wed) as he met 336 personnel – 44 from Donegal – serving with the 109th Infantry Battalion who are currently serving with the UN peace-keeping force, UNIFIL, in Southern Lebanon.

The Minister has also visited Irish-supported Syrian refugee camps in both Jordan and Lebanon.

“They are looking for general service recruits, apprentices and cadets and I strongly encourage young men and women in Donegal to consider this exciting opportunity.

“There is no greater honour than to serve your country, and for many young people this recruitment drive could be the start of a fantastic career, with first class training, and opportunities for travel and personal fulfilment.

“I am really pleased that this year’s recruitment drive is focused on diversity, and in particular the need for increased participation from women and the different ethnic groups and nationals in our country’s Defence Forces. Minister Kehoe is overseeing a welcoming and engaging workplace environment for all in the Defence Forces, irrespective of gender, creed, ethnicity or sexual orientation.

“The recruitment drive is part of the Government’s commitment to maintaining the strength level of the Defence Forces, incorporating the Army, Naval Service and Air Corps, at 9,500 personnel.

“In 2016 recruitment to the Defence Forces reached a record high with an intake of 690 personnel, so we are going even higher this year, giving more young people in Donegal the opportunity to serve their country.”

Today the Minister met 44 members of the of Defence Forces personnel in Lebanon who are from County Donegal.

“This visit gave me a very welcome opportunity to meet with members of the Defence Forces who are currently serving with UNIFIL in Southern Lebanon,” said McHugh.

“These men and women of the 109th Infantry Battalion are continuing Ireland’s long and proud tradition of participation in UN peace-keeping missions. We should all be very proud of them and I know that I also bring with me the best wishes of the people of Ireland.”

He added: “I strongly encourage those who want to be part of the Defence Forces to apply at www.military.ie.” 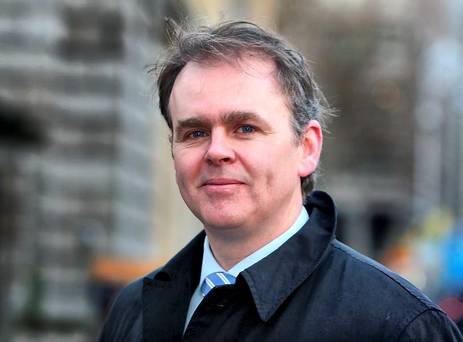 DONEGAL TD Joe McHugh has called on community groups and schools in Donegal to apply for funding through the... 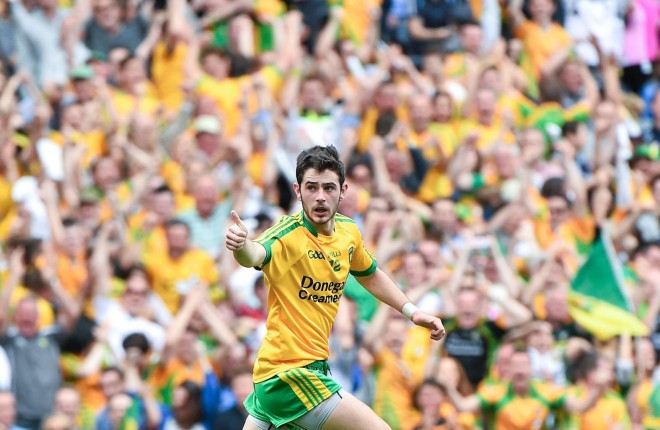