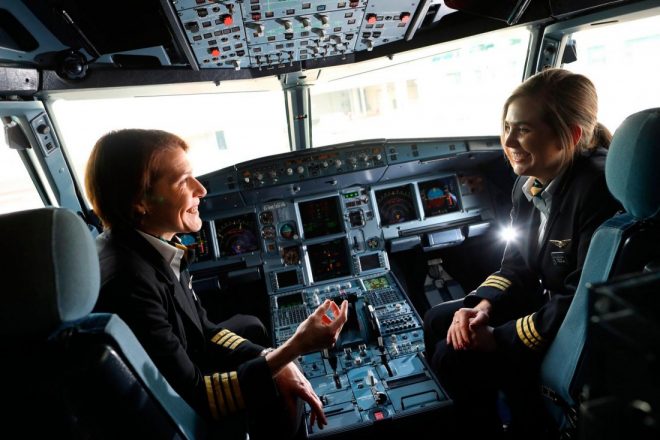 A FLIGHT from Dublin to London Heathrow on Wednesday, staffed entirely by women, in celebration of International Women’s Day, was led by Louise Gilroy from Letterkenny.
Captain Gilroy was joined in the cockpit by First Officer Amy Cuinningham while an all-female cabin crew attended ot the passengers.
Behind the scenes, all the important jobs were done by an entirely female team, from the turnaround coordinators to the airport managers to the flight operations officers.
“We need more women in visible leadership positions, who will challenge the norms and find new ways of working if our industry is to keep apace with change,” said Captain Gilroy.
“I hope that young girls and women will see opportunities for them in a career in aviation or aerospace,” she added.
The eldest daughter of Cathal and Winnie Gilroy, who live in New Mills, Louise’s younger sister Carol (McCafferty) also work out of Dublin Airport, as an air-traffic controller.
Forty years since Gráinne Cronin became Aer Lingus’s first female pilot, 10pc of the airline’s pilots are now female. In total, the airline says it employs some 2,000 female staff.
Louise became the county’s first commercial pilot when she was presented with her ‘wings’ by Mr Seamus Brennan, the Minister for Tourism, Transport and Communications at a special ceremony twenty-five years ago.
Today, Louise and her husband Enda work as captains on Aer Lingus’s vast European network.
Last summer she flew members of the Irish Olympic squad from Dublin to Amsterdam where they got connecting flights on to Rio De Janerio.
Speaking to the Donegal News at that time, Louise explained that there have been huge changes in aircraft technology over the past twenty-five years.
Louise developed an interest in flying from foreign school trips and family holidays. So, when the opportunity presented itself to join Aer Lingus while she was studying Aeronautical Engineering at Salford University in 1989, she jumped at the chance.
Today she flies the A320/21 fleets on the various Dublin-Europe routes. Louise is joined by quite a few other Donegal pilots working for Aer Lingus, including Helena Mulroe (Mountcharles).
“It’s exciting and always interesting and even though it’s still a job I would encourage anyone to pursue a career in aviation. There’s so many choices out there as Ireland is a big aviation hub,” she said. 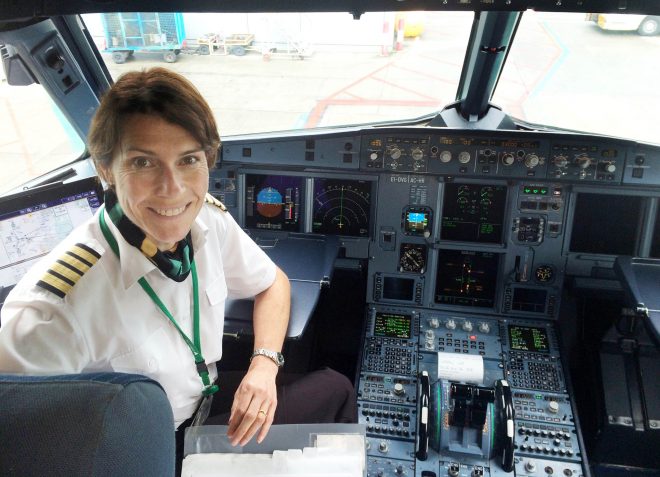 LETTERKENNY sisters Louise and Carol Gilroy are literally flying high in their respective careers in the aviation industry.