Hundreds  of people are expected to take part in a memorial walk today to remember the five Buncrana pier tragedy victims.

The McGrotty/Daniels Memorial Walk will be held today between 6pm and 8pm in memory of Sean McGrotty (48), his two sons, Mark (12) and eight-year-old Evan, their grandmother, Ruth Daniels (57) and her daughter, Jodie-Lee (14), who all tragically died when Mr McGrotty’s car slipped off the pier in to Lough Swilly on Sunday, March 20, last year.

Those taking part in this evening’s walk will gather at Sainsbury’s car park in Derry and participants will make their way to Ebrington Square, stopping at five spots along the route to remember each of the victims. Funds raised from the walk will be donated to the Evan McGrotty Research Fund. Little Evan had Muscular Dystrophy.

Today’s memorial walk comes just days after a first anniversary mass was held. Many people from Donegal attended the special mass in Holy Family Church in Ballymagroarty on Monday including members of Lough Swilly RNLI, who had worked tirelessly on the night to rescue all victims from the water, and Francis Crawford, eyewitness to the tragedy.

Those gathered heard of the “goodness in humanity” in the rescuing of Mr McGrotty’s baby daughter, Rioghnach. The only survivor of the tragedy was saved when her father passed her to through the car window to Davitt Walsh. The Kerrykeel man had bravely dived in to the water to come to the family’s aid.

“These tragic deaths have caused darkness to descend upon us. We give thanks today for the precious gift of Rioghnach, whose life somehow reminds us of the best in human beings. She was handed over by her father and in to the hands of her rescuer, Davitt,” those gathered at the special first anniversary mass had heard.

Prayers of the faithful were offered up for brave mum, Louise James,  and the entire McGrotty and Daniels family circle.

Those wishing to take part, but not yet registered, can do so this evening at 4pm at Sainsbury’s car park or online via ‘The McGrotty/Daniels Memorial Walk’ Facebook page. 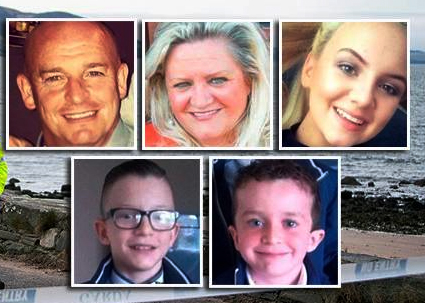 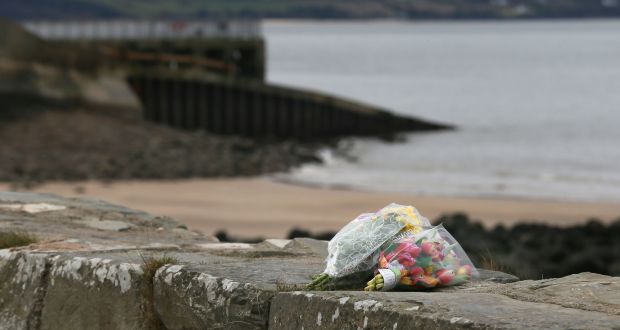 A memorial walk and anniversary mass are planned to mark the first anniversary of the tragedy.