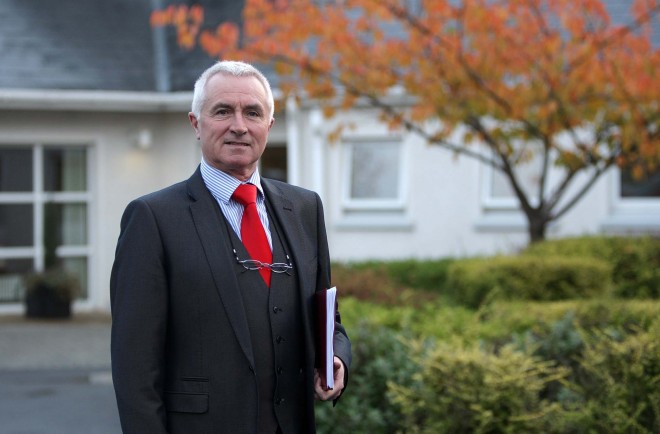 A LEADING doctor has called on people across Donegal to memorise their postcodes to enable fire and ambulance services to respond to emergency calls as quickly as possible.
Dr James McDaid said that in last week he had seen, first hand, the positive benefits of people knowing their eircode. He cited the case of one woman from an isolated area of the county who needed emergency medical assistance. Luckily, she had her postcode by her phone while the well-known Letterkenny GP was present, so the ambulance services could pinpoint her location and get to her just in time.
Needed an ambulance
“Only last week I had a case where a woman was haemorrhaging and I needed an ambulance. Thankfully, her postcode was clearly visible beside her phone and after dialling 999 I relayed the relevant details to the person on the other end of the phone,” he explained.
“I had just got off the phone when the ambulance was pulling up at the front door. Whenever you ring 999 nowadays one of the first questions you’re asked is do you know the postcode. I can’t emphasise enough the importance of everyone knowing their postcode. It’s important to write it down and memorise it as it could quite literally help to save your life,” Dr McDaid said.
The popular GP said there was a problem with finding addresses in rural areas, adding the issue sometimes affected response times.
“The most important thing is to get the ambulance on site as fast as possible. The paramedics are so well trained nowadays that they’re able to provide life-saving procedures from the back of the ambulance. Quite often, it’s what they able to administer in the back of the ambulance which helps to save a person’s life and, once stabilised, they can then transport the patient to hospital.”
Re-issue codes
He added that, maybe, An Post might be ‘so kind’ as to re-issue everyone with details of their postcode so that they can write it down beside their phones – especially elderly people living in the country- or save it on their mobile phones.
“It’s vitally important to have access to that information and it could help to save a life. In an emergency situation, a minute or two could make all the difference. There could be a townland three or four miles in radius. In the past you would know that you’re within half a mile of the address, but that’s all. However, the new national postcode system allows the emergency services to track your address right down to the front door through GPS,” he explained.