Advertisement
HomeHeadlinesChurch of Scientology looks to Donegal for translators
Advertisement
by Louise Doyle
l.doyle@donegalnews.com
IRISH language translators in Donegal are being sought by the Church of Scientology to translate their scripts, due to a surge in interest in the organisation.
The Church of Scientology has launched a local and national campaign to hire people skilled in Irish language to translate Scientology into Irish.
While there is no Church of Scientology based in Donegal, the Church of Scientology National Affairs Office did open in Merrion Square in Dublin in October of last year. It was officially unveiled by Church executives and staff.
Widely associated with high profile celebrities and actors including Tom Cruise John Travolta, the Church of Scientology was founded in December 1953 by L Ron Hubbard, his wife, Mary Sue Hubbard, and John Galusha.
Graeme Wilson, a spokesperson for the Church of Scientology this week told the Donegal News the move to hire Irish speaking translators is being driven by an upsurge in demand.
“There are several thousand people in Ireland who are either active scientologists or who have been helped by our ministry.
“After we opened the National Affairs Office in Dublin, many more people in Dublin and generally in Ireland have become aware of and interested in what we do.”
Mr Wilson dismissed suggestions the network is viewed by some as controversial and shrouded in secrecy.
“Any misconceptions they (people) might have had routinely dissolve when they meet real Scientologists and see what we are doing to help others through drug education, human rights education, criminal rehabilitation, moral education and more.”
The Church of Scientology has translated their religious works in to over 50 languages, with the Irish language being one of its newest projects.
“We’re very excited about it,” Mr Wilson added.
“Our founder, L Ron Hubbard, had a special love for the Irish, from when he visited Dublin in 1956. He specifically went to Dublin to pilot seminars on the subject of personnel efficiency, with people from all walks of life. This resulted in the Church’s  ‘Personal Efficiency Course’ being adopted internationally as an introductory course in Scientology. This course teaches the underlying rules of life and how to apply these principles, so that the student can achieve security in their job, relationships, and all other areas of living.”
Mr Wilson added how the Church of Scientology recognises the historical and cultural importance of the Irish language, and the measures being taken to preserve its use.
“It is an honour for us to contribute to this resurgence by translating around 10 million words into Irish and have it available to study for the generations to come.”
Feeback on the project has been favourable, he added.
“I wish more Churches would translate their materials in our language,” said one person, while another said: “I find this project interesting on many levels – in particular linguistically.  Extremely interesting information.”
For more information email Blevine@scntranslations.net 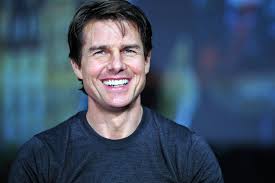 Actor, Tom Cruise, is a member of the Church of Scientology.