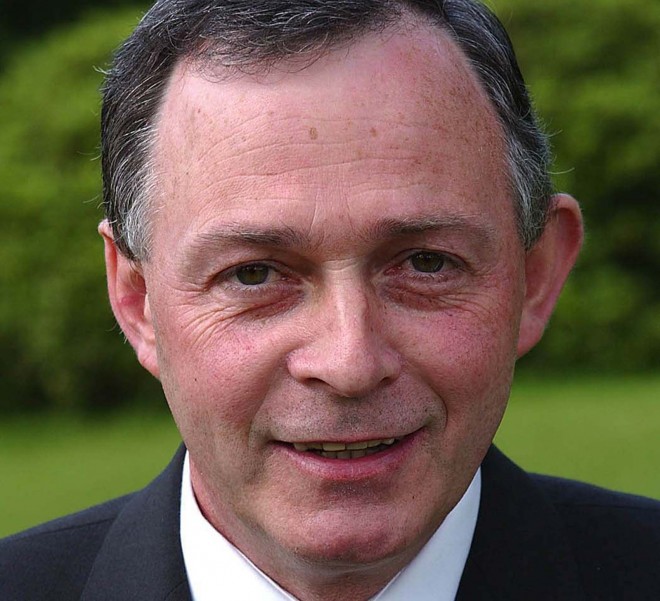 BRITISH Ambassador to Ireland Robin Barnett will be visiting Donegal today as part of a two day visit to the county.

Cathaoirleach of Donegal County Council Cllr. Terence Slowey will welcome the Ambassador to a special business networking event in Letterkenny Institute of Technology later today. This event is being hosted by Donegal County Council, Letterkenny Institute of Technology and Údarás na nGaeltachta and will enable the ambassador to meet with a number of business representatives.

“We are delighted that Ambassador Barnett is visiting Donegal over the next two days and the timing of this visit is particularly opportune given that we are only weeks away from the triggering of Article 50” says Cllr Terence Slowey.

He added “this visit gives us an opportunity to engage with the British Ambassador and to share with him our vision for the North West region and to highlight the strong strategic approach being taken by Donegal County Council and Derry City and Strabane District Council through the establishment of the North West Strategic Growth Partnership.

Through this model of partnership we have the opportunity to build practical responses to the UK’s exit from the EU that will not only mitigate the potential impact of Brexit but will allow us to maximise the benefits presented so as to stimulate the level of growth needed to sustain the development of this region.”

During the second day of his visit, the Ambassador will visit Áislann Ghaoth Dobhair and will meet representatives from Údarás na nGaeltachta as well as a number of British based companies operating in the area. His visit to Donegal will conclude with a visit to Dobhair National School where he will be greeted by School Principal Ms. Áine Ní Chuireáin.