Advertisement
HomeHeadlinesNumbers abusing over the counter meds rising
Advertisement
by Louise Doyle
l.doyle@donegalnews.com
THE number of people being treated at a Donegal rehabilitation centre for addiction to prescription and over the counter painkillers is on the rise, its Director of Clinical Services has revealed.
Stephen McLaughlin, Director of Clinical Services at White Oaks Addiction Treatment and Rehabilitation Centre in Muff said he would be in favour of seeing the introduction of stricter controls put in place around the availability and access of over the counter pain relief  medication.
He was speaking to the Donegal News in the wake of the broadcasting of ‘Medication Nation’ on RTE1, which uncovered how people in Ireland now spend €1.8 million every year on pills.
The hard-hitting documentary, presented  by Dr Eva Orsmond, revealed the extent of Ireland’s growing dependence on over-the-counter and prescription drugs.
Dr Osmond revealed there are twice as many pharmacies in Ireland than in Britain. In 2015, almost 75 million pills were consumed in Ireland, the programme revealed.
Mr McLaughlin said those who present at the centre with an addiction to prescription or over the counter medication are also often battling other substance misuse addictions.
“Undoubtedly, there has been a noticeable increase in those who are abusing prescription meds whether benzodiazepines or other pain meds. Often it is those who already have addiction issues with alcohol or other drugs.
“Over the last three to four years we have seen an increase in the number of people we are treating here for codeine branded medication and benzos in general.
“Some of those abusing prescription meds are very creative in being able to access them. Their addiction certainly is as challenging as addcition to other substances and it’s complicated by the relative acceptability of using something with a label on it.”
Mr McLaughlin said the availability of over the counter painkillers and their wide accessibility can prove problematic.
“The addiction to over the counter medication is a very difficult one, not least because of the sheer availability of the drugs. I think because the drugs come in standard, recognised labels and are sold in pharmacies, people can unwittingly become dependent because they believe them to be safe. It is only after a while when they ease off they will start to experience withdrawal symptoms, and at that stage they are hooked.
“Quite often people will travel around different pharmacies to obtain painkillers because they don’t want to get noticed and be refused.”
Mr McLaughlin said he would be in favour of exploring the potential of the introduction of more rigid requirements put in place to combat the problem.
“A stricter control requires a coordinated approach with pharmacists and GPs. There may be a need to put them (the drugs) under some form of control. There may be the need to revisit the issue,” he said. 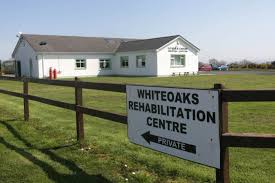