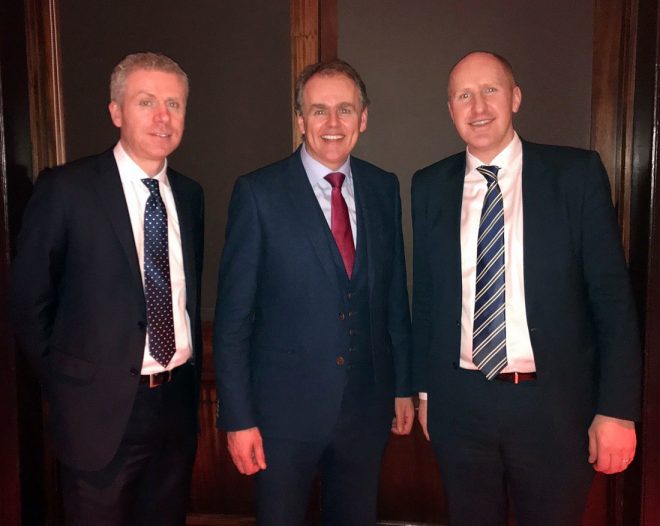 MORE than 120 Dublin-based Donegal natives came together last week in the capital for the inaugural meeting of a new business-focused network.

The idea is that members can network and, in turn, refer businesses, contacts and employees to each other.

Those present heard a series of guest speakers outline the benefits that will flow if the new group’s members proactively leverage the strong links and positive energy that is always evident when those from the northwest meet.

Master of ceremonies on the night, and member of the meeting’s organising committee, was Letterkenny native Mr Paul Doyle.

He listed a series of benefits that would flow from such encounters, including the opportunity for DDBN members to refer business to each other, broaden their contact base, promote each other’s businesses with peers and provide advice, leads and direction to each other.

Mr Doyle said many young people had left Ireland during the recession resulting in a deficit of qualified and experienced labour in the capital. This meant an opportunity also existed to promote job opportunities within the network and assist those forced to leave Donegal to seek employment.

“Our committee quickly realised this network had important potential in Dublin, where there is a significant community in the business world with strong Donegal linkages.

“We hope to bring these individuals together within the Donegal Dublin Business Network so they can meet and develop sustainable business relationships,” explained Mr Doyle, Managing Director of Bannon Commercial Property Consultants.

The gathering stemmed from an idea by Minister for the Diaspora, Joe McHugh, who had witnessed the power of business networking amongst Irish communities in cities such as Vienna and Edinburgh.

He said that, having realised this concept could be replicated to benefit Donegal people in Dublin, he reached out to a small group of people and offered support.

The DDBN invited special guests to address the event, each successful within very different spheres of business in Dublin.

First to speak was Ms Danielle Conaghan of Ballybofey, who is a Partner in Arthur Cox Solicitors, the largest law firm in Ireland.

She said she had been in Dublin for 17 years and had never witnessed a business-focused gathering like the one she was now addressing.

“It is great to see so many Donegal people in the room,” she added, “because it shows that there is a significant network there to be flexed. I would encourage everyone here tonight to seize the opportunity to make this group a success and actively use it to become connectors, un-blockers and sponsors for each other in the world of business.”

Mr Donagh Kelly from The Frosses, outside Donegal town, CEO of KN Networks, a major international telecommunications company with over 2,000 employees and current sponsor of the Donegal Senior Team.

Mr Kelly said the innate sense of pride in Donegal was the common denominator that bound people from the county together.

The DDBN plan to bring Donegal people from the business community that are based in Dublin together again in May for a second networking meeting. 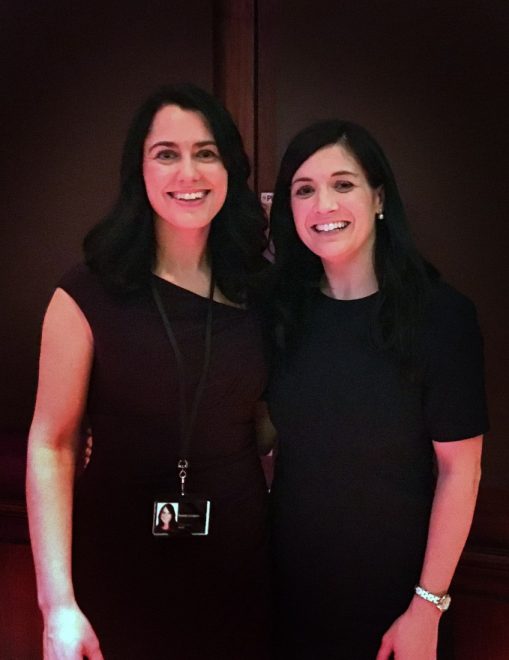