The start of the National Football League is a weekend that GAA supporters always look forward to, as we will get seven rounds of intercounty action over the next nine weeks.

It will be an interesting league campaign for Donegal, as a large chunk of players have moved on, and it will be an inexperienced side that lines out in the spring.

It will be a tough going for Rory Gallagher and his team, but I’d imagine their aim will be to consolidate their place in Division 1, and I’d fancy them to do that.

All eight teams in the top tier will be gunning to stay in the division, and a good start will be important for teams looking to avoid the drop.

First up for Donegal is a meeting with Kerry, and it could be a feisty contest after the sides got embroiled in an overly physical game in Austin Stack Park last year.

Laoisman Eddie Kinsella refereed the match, and he couldn’t control the players as tempers boiled over.

It was a free-for-all at times in the first half, and it wasn’t until after the break that the sides settled down and started to play football. 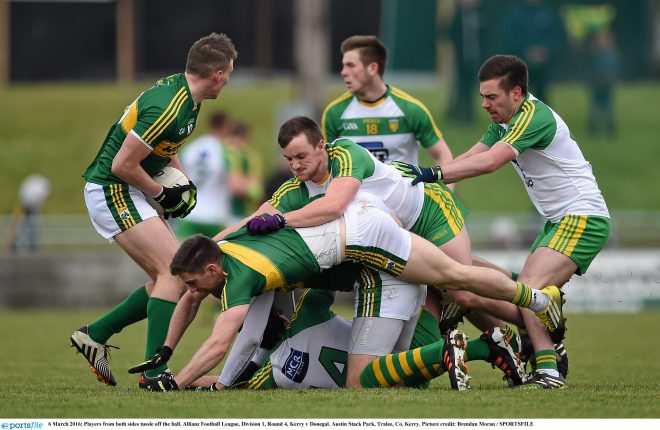 There wasn’t much between the counties last year, and while Donegal will be much changed on Sunday, I think it will be another close encounter.

Kerry are always vulnerable in their first couple of league games, and if Donegal can get running at them, I think they can have joy.

A lot has been written in recent years, about how the county have performed poorly in O’Donnell Park, and it’s hard to know why that is.

It’s a great pitch, and there’s always a decent atmosphere when there’s a big crowd. I know the players enjoy lining out there, but we haven’t been getting results in Letterkenny.

Kerry have come up short in the All-Ireland series over the last couple of years, and Eamonn Fitzmaurice is likely to infuse some youthful exuberance into the Kingdom in 2017.

We don’t have to be told in Donegal that they have produced some excellent minor teams over the last three years, as we lost out to them in the All-Ireland Minor Final in 2014.

Fitzmaurice has been reluctant to use those young stars so far, but the likes of Jason Foley and Brian Ó Beaglaoich could become regulars this term. 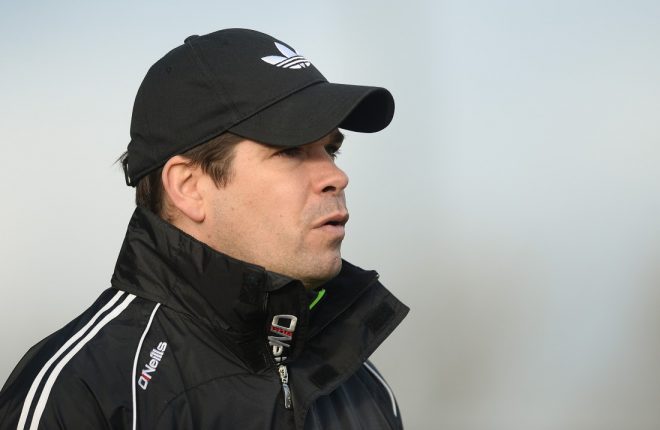 Donegal will also have a few young lads out, and I would expect Eoghan ‘Ban’ Gallagher and Jamie Brennan to show what they are capable of if called upon.

There is the possibility that either Michael Langan or Jason McGee will be thrown in at midfield, and that will be a huge test for them. However, they are both good young fellas, who will be up for the battle.

Paul Brennan has impressed in challenge games, and he’s a strong, aggressive half-back.

He has played for Leitrim in the past, while he has also been one of the best club players in Donegal over the last two years. He deserves his chance.

Kerry are never short on quality players, or confidence for that matter, and they will arrive in Letterkenny expecting to win.

However, I see it as a 50/50 game and I don’t think Donegal will be too far away come the final whistle.

Hopefully, we can get off to a good start and head off to Roscommon next week with two points in the bag.

Cavan are back in Division 1, and they have a seriously tough opener, with All-Ireland champions Dublin coming to Breffni Park.

The Dublin conveyor belt seems to be in fine working order, and the likes of Niall Scully and Conor McHugh look set to step up after starring in the O’Byrne Cup.

Jack McCaffrey is back in the panel after going to Africa last year, and on his day, he is one of the finest players in the country.

Mattie McGleenan could do a good job with Cavan, but I’d be very surprised if they pick up anything on Sunday.

Roscommon took the league by storm last year, but fell away badly in the championship, and all does not appear to be going according to plan with a number of key players withdrawing from their panel.

Tyrone have started the year in their usual style by winning the McKenna Cup for the sixth season on the trot.

They seem to be motoring very well, and I don’t foresee them having any trouble making the adjustment back to Division 1 football. They should record a comfortable home win this weekend.

It can be dangerous to make predictions before a ball is even kicked, but I think Cavan and Roscommon will probably go down, and Monaghan will be there or thereabouts as well.

Donegal should finish around mid-table, and I’m sure Rory would be more than happy with that outcome. 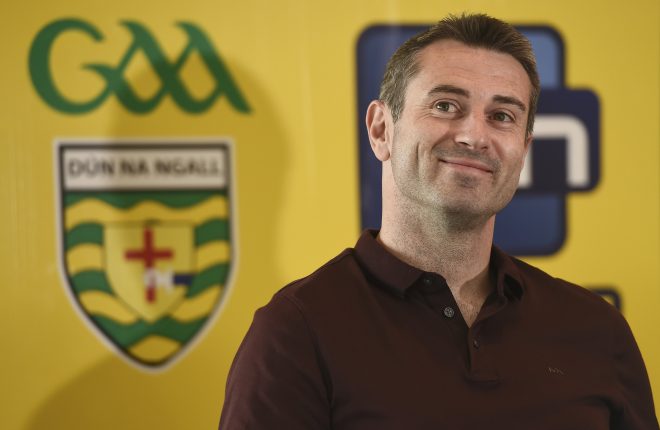 Thankfully, the GAA have scrapped the league semi-finals which served no purpose, and there will just be a league final this year.

Dublin played Kerry in last year’s decider, and most pundits seem to think it will be a repeat in 2017.

However, I have a feeling that Tyrone will go very well in the league and I can see them making the final, along with Dublin.