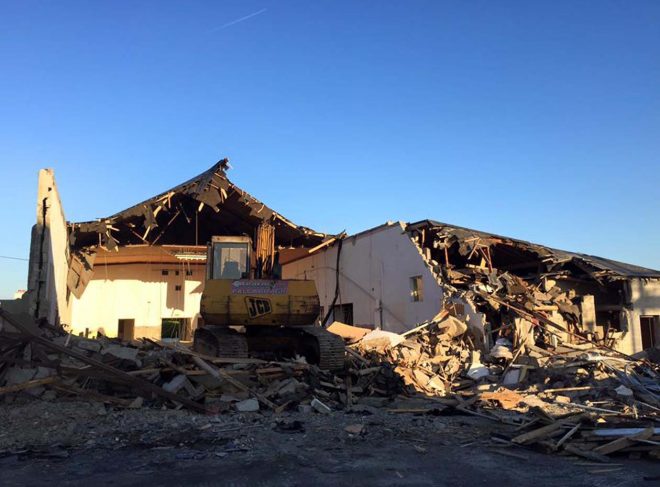 St. Finian’s hall was demolished at the weekend.

THE Falcarragh Parish Development Association has explained why an historic building in the town was demolished late at night last weekend.
Residents woke on Saturday morning last to find that Falcarragh (St Fionain’s) Hall had been razed to the ground, the work starting at 5am.
Paul Anthony McFadden, Parish Development Association chairman, said that the demolition works had been undertaken in preparation for the proposed new Pobail Naomh Fhionain which includes a community centre and astro-turf pitch.
“Planning Permission has been secured from Donegal County Council to demolish the existing hall and build a new one. We tendered the job but we had no hand, act of part as to what time, or day, the contractor came on site,” Mr McFadden said.
“The Falcarragh Parish Development Association will release a full statement with regard to plans for the site in the coming weeks,” he added.
Built in 1952, Falcarragh Hall held dances and socials for many years and it was a venue where many romances blossomed. In more recent times however it had fallen into a state of disrepair.
‘Old Falcarragh Parish Council’
John Curran, a board member at Údarás na Gaeltachta, and member of the old Falcarragh Parish Council said that he was shocked to wake up last Saturday morning to find that Falcarragh Hall was no more.
“I’m not against development but I must admit that I am surprised as when I talked to the committee at their last AGM I was assured that it would not be knocked until they had the money secured to build another one.
“Residents woke at 5am on a dark January morning to find a digger demolishing a building on their street. It all seems a tad rushed,” he said.
Acknowledging that the former hall was no longer ‘fit for purpose’ Mr Curran suggested that there should have been some form of social night to celebrate the history surrounding the hall before any demolition works took place.
“I’m told that the Irish boxing team fought there in the late 1950s and there was a lot of stories associated with the building. Unfortunately all that history is now gone and, as a result, there’s a lot of bad feeling within the community,” Mr Curran said.
“When I called the Chair to raise my concern he assured me that the money was in the pipeline. I for one would have preferred the ink to be dry on the contract for the cash. I guess we will have to await the announcement of the money when it comes. I hope it gets more publicity than the AGM and the plan to knock the hall,” he added.
Business plan
At that AGM, which was held on 30th June in Garradh Colmcille, the committee finalised the development and business plan for the new hall. According to their facebook page funding was secured for the planning stage from Roinn na Gaeltachta.
“All TDs are in support of the new hall and are in contact with the committee on a regular basis. Planning Permission has been secured from Donegal County Council to demolish the existing hall and build a new one. Meetings have been held with Údarás na Gaeltachta, who have also given their support to the project. While it may seem that little has changed in relation to the hall, it has been a busy year for the Committee and it is important that the proper funding is in place before the new development commences,” the report read.
Concerns have been expressed about the possible presence of asbestos in the rubble. 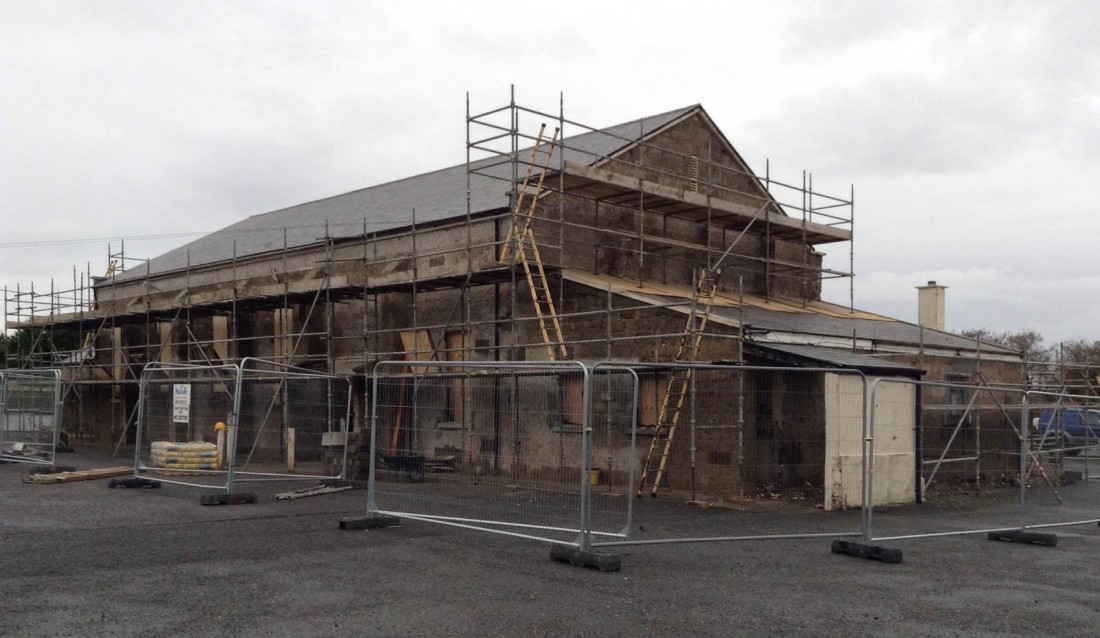 THE Cloughaneely Parish Development Committee is inviting members of the community to attend a public meeting tonight (Friday), November...

Call to install street lights on hazardous road in Gortahork

A LOCAL election candidate for Fine Gael in the Glenties Electoral Area has called on Donegal County Council to... 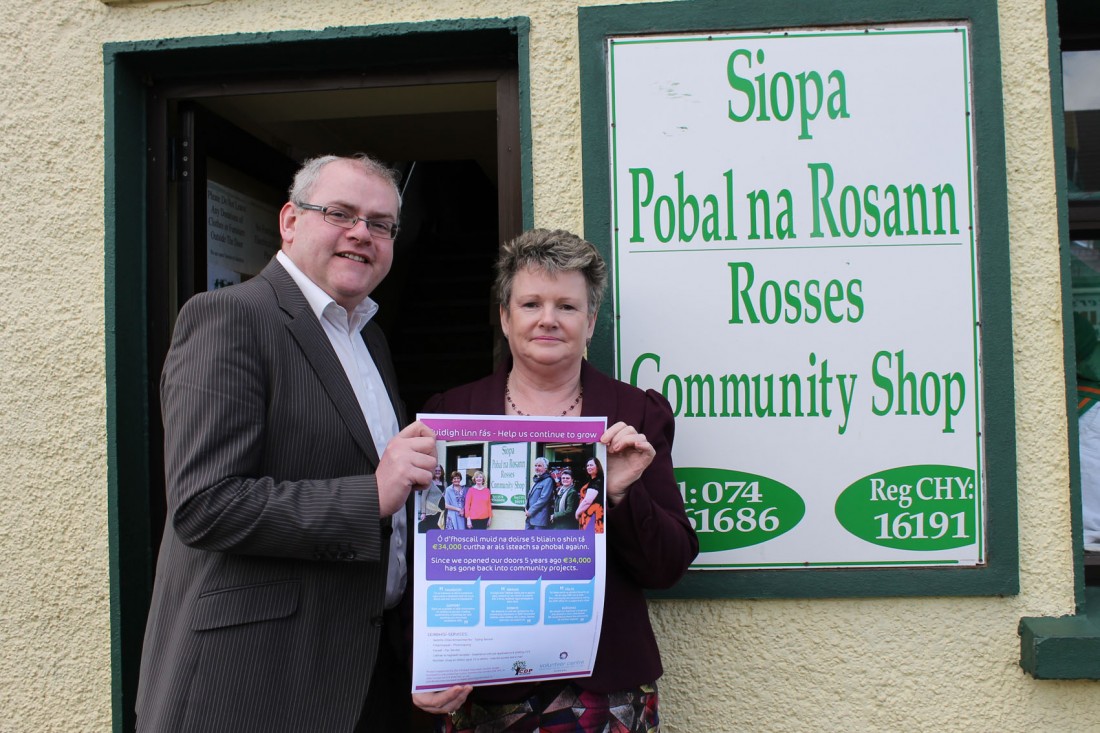 DONEGAL Volunteer Centre (DVC) and Community Shops in West Donegal have developed a poster campaign to highlight to the...