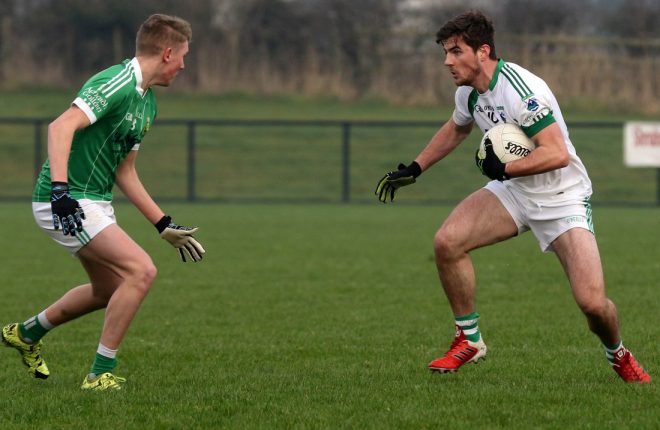 FOURTEEN-man Gaoth Dobhair produced an excellent second half performance to see off St Mary’s, Aghagallon in Creggan on Sunday and qualify for the semi-finals of the Paddy McLarnon Cup.

Gaoth Dobhair were confident going into the match, but Aghagallon started brightly with Eunan Walsh bagging a goal in the 14th minute.

The Donegal side gradually clawed back their deficit and were level at the break, but they were rocked just before the half-time whistle, when Gavin McBride was dismissed after picking up a black card to add to the yellow he had received earlier in the match.

Gaoth Dobhair steadied themselves at the interval and the Antrim champions were kept scoreless for 28 minutes of the second half by which time, Sean Nancy Gallagher’s side were well in control.

Man-of-the-Match Michael Carroll had a big second half for the victors, scoring 1-4 including a late penalty to send his team through to the next round, where they will meet Watty Graham’s, Glen from Derry.