Advertisement
HomeHeadlinesGAA club to raise expectations – and their pitch
Advertisement 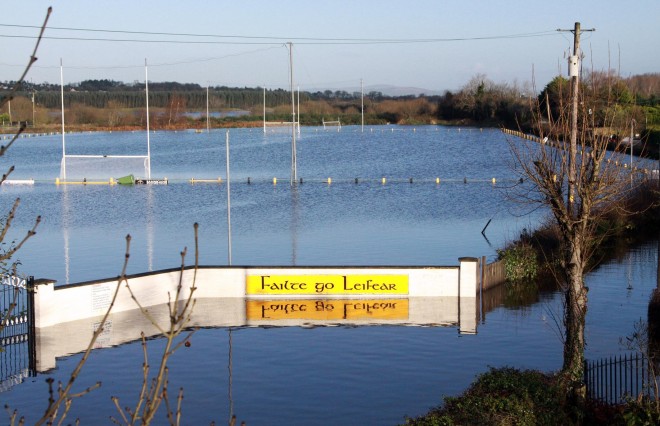 A LOCAL GAA club has decided the only way around flooding issues at their ground is to raise the playing pitch by almost four feet.

Naomh Padraig, Lifford, has applied to Donegal County Council for permission increase the height of their field at The Roughan, by 1.2 metres (3.93 ft).

During the devastating floods of December, 2015, the pitch was submerged in a sea of water up to the height of the perimeter fence after the nearby River Foyle overflowed.

The playing surface hasn’t been the same since, so the club has decided to replace it with an all-weather pitch, four feet above.

Naomh Padraig secretary, and hard working clubman, Dessie McDermott, said work would start as soon as planning permission is granted and would cost in the region of €200,000.

The Naomh Padraig senior team finished second from the bottom of the lowest division in the all county league last season.

Mr McDermott concluded that he hopes the rise of the pitch will coincide with a climb up the table for the men from the county town.

For full report, see today’s Donegal News or subscribe to our digital edition.