Advertisement
HomeBreaking NewsDonegal five are unanimous: ‘We have no case to answer’
Advertisement 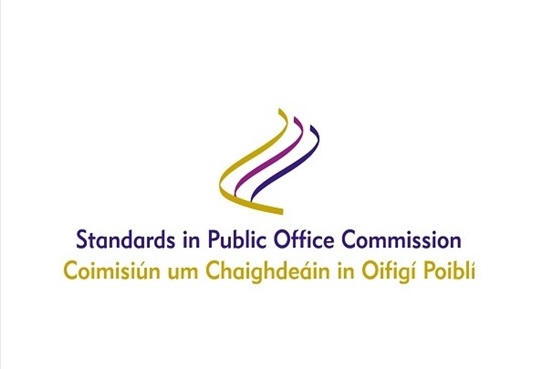 NONE of the five Donegal Oireachtas candidates referred to Gardaí by the Standards in Public Office Commission (SIPO) for providing incomplete documentation of financial donations last week believes he has a case to answer.
Two unsuccessful General Election candidates, Ian McGarvey and Michael Mooney (both Non Party) were among those who have been reported relating to election donations or expenses. Three unsuccessful Seanad candidates from the county, Niall Blaney, Sean McBride and Seosamh O’Ceallaigh, were also reported to Gardaí.
All five were contacted by the Donegal News this week and while former Fianna Fáil Dáil Deputy Niall Blaney admitted to an ‘oversight’ on his behalf, Sean McBride, a retired District Court judge, said that the first he heard about the matter was in last Monday’s edition of the Donegal News.
On Friday last, the State ethics watchdog confirmed that Mr McBride was among twenty-four Seanad election 2016 candidates to have their details sent to Gardaí as they did not provide the necessary information to the commission.
“I’ve had no contact from SIPO. The first I read about t his was in last Monday’s edition of the Donegal News. I’ve completed all the forms correctly as I didn’t receive any donation from anyone in excess of €100,” Mr McBride said.
Mr Blaney, who was reported for not returning a donation statement or statutory declaration form, admitted that it had been an oversight on his behalf.
“I funded the campaign myself, but I accept that it’s the law of the land to fill out these forms. It was a moment on slackness on my behalf but that has since been rectified,” he said.
According to SIPO, Dr Seosamh O’Ceallaigh, did not return a completed certificate or monetary donations.
“The forms were sent to me in English and I sent them back asking that they be sent in the Irish language. I stood in the Culture and Education panel and want the forms in my native language. We’re one hundred years on from 1916 and still we’re no further forward. There’s no dishonesty and it’s nothing to do with expenses. I’m not happy that SIPO sent the forms out in English,” Mr Kelly said.
Non-party candidate Ian McGarvey was reported for failing to provide a certificate of monetary donations, a donation statement and a statutory declaration.
“I filled in the relevant forms stating that I had received no donations but I didn’t get it signed – which I’ve since rectified and I’ve a letter from SIPO since to that effect,” Mr McGarvey said.
Another non-party candidate Michael Mooney was also listed among 43 people who SIPO said failed to provide the required documentation or have not provided clarification or further details as requested.
Mr Mooney’s case is for allegedly having an election expenses statement outstanding, and having incomplete documentation.
“I sent in all the paperwork they wanted and left all forms blank as I had no details to put into them. I’m not making any claim for expenses and I’ve been no burden on the taxpayer even though the mail parties got millions towards their election campaign and we can all see the results – an ever growing number of patients of trolleys, more and more homelessness and increased repossessions,” Mr Mooney said.
A spokesperson for SIPO said that they were unable to comment on individuals.
“The Standards in Public Office Commission contacted all candidates at the beginning of the campaign to provide them with a copy of the guidelines and procedures for compliance with the Electoral Act to ensure that they were aware of their obligations,” they said.
“All unsuccessful candidates were notified of the requirement to submit donation statements and election expense statements within 56 days of the election. Election expense statements must be submitted for any expenses incurred. All candidates must provide a donation statement, including a nil statement for those who did not receive donations.
“Those who did not submit the required information, or submitted incomplete information, were contacted, in some cases several times, by email and/or letter and again by telephone. Numerous efforts were made to contact people and provide them with the opportunity to comply before referring any files to the Gardaí.
“Finally, it is the prerogative of any candidate to communicate with the Commission in either official language. Where a candidate has expressed a preference for communications in either language, the Commission ensures that communications are made in the official language of the candidate’s choice as a matter of course,” the spokesperson said.