It’s been a sad week for GAA supporters in Donegal with the news that Christy Toye, Rory Kavanagh, and David Walsh have all decided to retire. 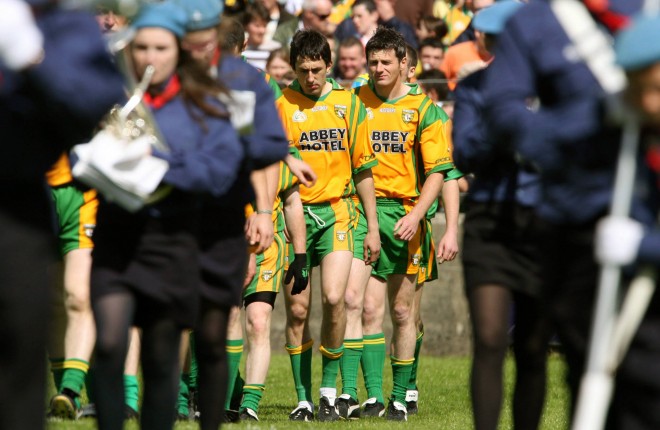 Rory Kavanagh and Christy Toye in the pre-match parade ahead of the Ulster Senior Football Championship game against Armagh in Sean MacCumhaill Park back in 2007. Picture: Oliver McVeigh / SPORTSFILE

The three lads have been great servants to the county, and they can take huge pride from their contributions to the senior team.

In truth, it’s no great surprise as they are all now in their mid-thirties, and unfortunately, you’ve got to say farewell at some point.

Of course, Kavanagh initially called it a day at the end of the 2014 season, but came back for one more go last year.

People may look at it and say well he probably should have just stayed in retirement, but there was obviously a nagging feeling that he still had something to give.

Kavanagh had an excellent club championship campaign in 2015, and Rory Gallagher was delighted to twist his arm and get him to do a u-turn on his decision. 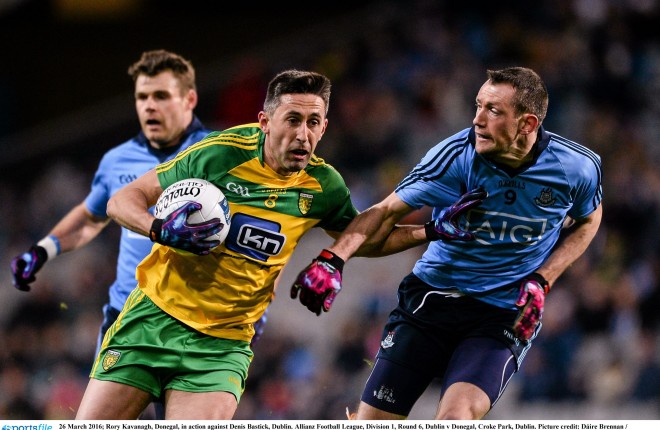 I’m sure Kavanagh will be disappointed that he didn’t manage to pick up another provincial medal last season, and he wasn’t far away from getting it.

He’ll not have any regrets about his decision to go back, and he can probably draw a line under things now.

He will give his full commitment to St Eunan’s for a few years, and I’m sure their new senior management team of Barry Meehan and Eddie Brennan will be delighted to have the All-Ireland winner at training every Tuesday and Thursday to help the progression of the young players in the Cathedral town.

We’re not blessed with big men in Donegal, and Kavanagh fulfilled a vital role in the Jim McGuinness era, when he was always one of the most reliable players in the team.

After starting off as a rangy wing-forward, he bulked up significantly and was an integral cog in midfield as Donegal captured the Sam Maguire in 2012.

Christy Toye was somewhat of a cult hero in Donegal, and there was a lot of love for the St Michael’s man on social media this week.

He burst onto the scene as a teenager, and quickly became popular with supporters for his knack of scoring important goals.

No Donegal man has hit the net more times in Croke Park than Christy Toye.

He was always a classy footballer – comfortable on the ball, and he could cover the ground so quickly.

Christy had some rotten luck with serious injuries, but he never lost that hunger to put on the green and gold jersey. 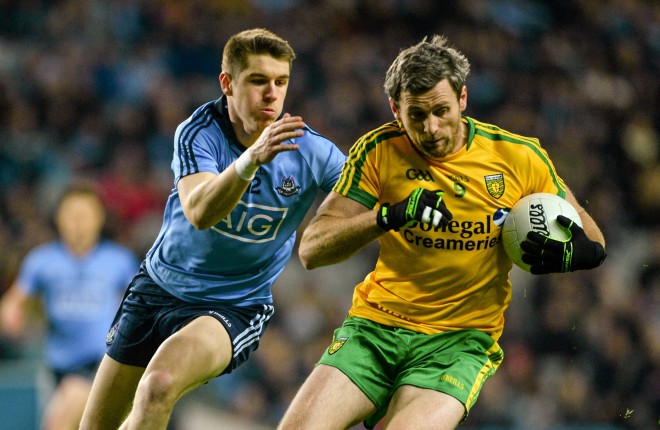 In his latter years with the squad, he became the quintessential impact sub, regularly making a huge impression off the bench.

Who will ever forget when he came from nowhere to score that goal against Kildare in the 2011 All-Ireland quarter-final, when Donegal really needed a score?

Kevin Cassidy’s magnificient point is often lauded from that match, and rightly so, but it’s worth remembering that Toye landed a big one off his weaker left foot, just moments before Cassidy’s point, to level the game.

It was fitting that Toye got his chance to play in the 2012 All-Ireland Final, and he also played a significant part when Donegal defeated the supposedly unbeatable Dublin team in 2014.

With his team struggling, Toye raced back to rob possession from Michael Darragh Macauley and Donegal went up the field and registered a point. It was the turning point in the match.

Toye made 163 appearances for Donegal, and he departs the intercounty scene with his head held high.

I’m sure we will still see him rampaging up the field for St Michael’s in 2017, and it would be nice if he could pick up a Senior Championship medal before he hangs up his boots for good.

David Walsh has also called time on his Donegal career, and the Naomh Brid man was one of the best ball-players the county has produced over the last 15 years.

He spent some time in England playing soccer, but made a big impression when he broke in the Donegal team under the guidance of Brian McIver.

He lined out under John Joe Doherty too, while Jim McGuinness also rated him highly.

One of his best performances in the county jersey came in the 2012 All-Ireland semi-final when he came on and kicked a point against Cork, and really steadied the ship.

Walsh was unfortunate not to get the start in the final against Mayo following that display, but he did come on and played his part in the triumph.

He also played in the 2014 All-Ireland Final, but injuries have held him back since then.

It’s not easy to recover from setbacks when you reach your mid-thirties, but hopefully David can get another few campaigns in with Naomh Brid.

Rory Gallagher now has a big challenge without that trio, and Colm McFadden and Eamon McGee, who have also retired.

Leo McLoone and Odhrán MacNiallais have pulled out of the panel, while Anthony Thompson can’t commit at the moment, and the Naomh Conaill man will be a loss.

We have got good underage players coming through, but it will take time for them to bed in.

Some of them will be called upon this year, and I know they have the temperament and attitude to step up to the challenge.

Are Donegal still contenders for Ulster? In my mind, they definitely still are.

There is still a strong nucleus of a team there with Neil McGee, Frank McGlynn, Karl Lacey, and Neil Gallagher staying on, while Ryan and Eoin McHugh offer pace and ball-carrying ability.

There is plenty of firepower in attack too with Michael Murphy and Patrick McBrearty, and no other county in Ulster has a devastating inside duo like those two.

It will be tough, but I think Donegal will still be in the mix for the Anglo Celt Cup in 2017.

It was disappointing that we couldn’t hold on for victory against Ulster University last week, but there were still a lot of positives to take from the game. 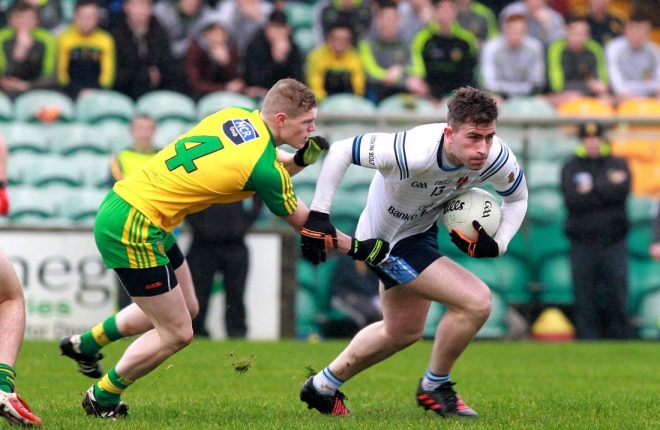 The lads worked very hard, and we turned over plenty of ball. Some of the moves we put together were super, and despite scoring four goals, we could have had at least two more.

Obviously we wouldn’t be happy with conceding 2-20, but all-in-all, it was a good exercise for us against an excellent university team.

There’s no doubt that we will face another step up in class this week when we welcome Cavan to Ballybofey.

There’s a lot of interest surrounding the Breffni county now that Mattie McGlennan has taken the reins.

They are also playing in Division 1 this term, so they’re going to want to be in good shape for the start of February.

It will be another huge challenge for our young team, but it’s one that we are looking forward to