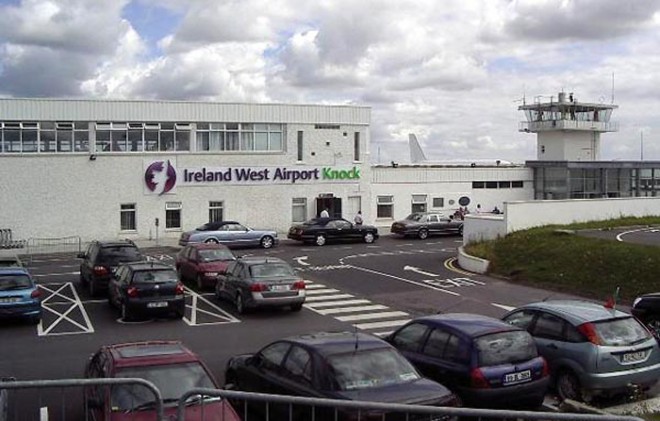 LAST year was a record breaking year at Ireland West Airport with passenger numbers exceeding 730,000 for the first time in its 31 year history.

The growth in passenger numbers last year was fuelled by the commencement of four new services to Birmingham and Edinburgh with Flybe, Costa Dorada with Falcon & Thomson Holidays and the arrival of the first ever charter service from Boston with Aer Lingus.

The UK market saw the biggest increase in 2016 with an extra 55,000 passengers, a ten per cent increase on 2015. The airport now serves nine different airports across the UK.

The strong increases on UK services highlights the importance of the airport from a regional perspective in providing essential connectivity for leisure, tourist and business passengers.

In 2016, marketing campaigns worth in excess of €200,000 took place in the UK with Tourism Ireland, promoting access to the west and north west of Ireland.

This week, sees the commencement of a €500,000 advertising campaign headed by Fáilte Ireland in partnership with five local authorities in Mayo, Donegal, Sligo and Galway (City and County) and Tourism Ireland. It will promote the airport as the western gateway to the Wild Atlantic Way from key markets in Edinburgh, Liverpool and Manchester.

In addition the airport welcomed its 10 millionth passenger last July and, towards the end of the year, it was the focus of a six part UTV Ireland documentary which was watched by over 1.5 million viewers.

Commenting on the 2016 performance, Managing Director at Ireland West Airport, Mr Joe Gilmore, said he was delighted with passenger numbers exceeding 730,000 for the first time in the airports history.

“I would like to express our thanks to all our customers, stakeholders, tourism groups, local authorities and government representatives for their continued support in helping us to grow and develop essential international connectivity, that will lead to more jobs and prosperity for the people of the west and north west of Ireland,” he said.

“I would also like to say a special word of thanks to the staff at the airport for their hard work and continued focus on ensuring the customer and passenger experience through the airport is both a safe and welcoming one.”

In May, the airport, in partnership with Knock Shrine and Joe Walsh Tours, welcomes a historic charter departing for New York with Aer Lingus which will see the remains of John Curry, the youngest person to witness the Knock Apparition of 1879, re-interred from the current location at Pine Lawn Cemetery, Long Island to St Patrick’s old Cathedral, New York.