Advertisement
HomeHeadlinesWoman fighting MS hoping for pioneering treatment
Advertisement
by Louise Doyle
l.doyle@donegalnews.com
A LETTERMACAWARD woman diagnosed with Relapsing Remitting Multiple Sclerosis in July of this year is hoping a GoFundMe page set up in her name will help raise vital funds for pioneering treatment to halt the debilitating condition.
Marie Melly was still at secondary school when she had the first warning sign that something wasn’t right,  after she experienced sudden inflammation of the urea in her right eye.
While the 24-year-old woman had no reason to link the incident to the early signs of MS, her parents were immediately on guard. Their reaction was more than concern as Marie’s father was diagnosed with aggressive Secondary Progressive Multiple Sclerosis 16 years ago.
However, he halted his MS successfully in 2013 with  Hematopoietic stem cell transplant, known as HSCT, which is what Marie now hopes to do.
Currently living in Bergen in Norway where she is studying for a Bachelor of Arts in English Literature and Linguistics, the selfless woman also works part-time in a unit for elderly people with Alzheimer’s and dementia.
Speaking to the Donegal News, Marie said that while she “wasn’t really shocked” when she was given the devastating news  by neurologists that she has MS, she scrambled to make sense of what the diagnosis would mean.
“Over the years, I have experienced many unexplainable and odd symptoms that would come and go, like joint and bone pains, a feeling of having a super tight swimming cap on my head, tingling and itching sensations in my legs, and an overwhelming exhaustion.
“I started talking with my parents about it; my father was horrified, and told me he had had many of the symptoms I mentioned.
“I wasn’t really shocked. Firstly, I felt ill, and had done for a long time. Secondly, I had spoken openly with my dad about it, and so I had an inkling of what was going on. Still, there were many thoughts running through my mind.
“It’s the unpredictability of MS that became my main worry. Will I be able to finish my degree? Will I be able to hold down a job? Where am I ten years from now? I can have another relapse at any moment, and no one can tell me what the result of the next attack will be. Sometimes I shudder to think I can wake up one morning and I’d have lost my eyesight, or become partly paralysed. I just don’t know what will happen, or when, so planning and organising my life has become difficult. I’ve also witnessed first-hand what MS is capable of, and those images sometimes float around in my mind.”
Having  watched her own father go from having a full-time job and an active lifestyle, which included mountain hikes several times a week, to not being able to manage the staircase at home, Marie said she now hopes to receive the same treatment which helped her father. 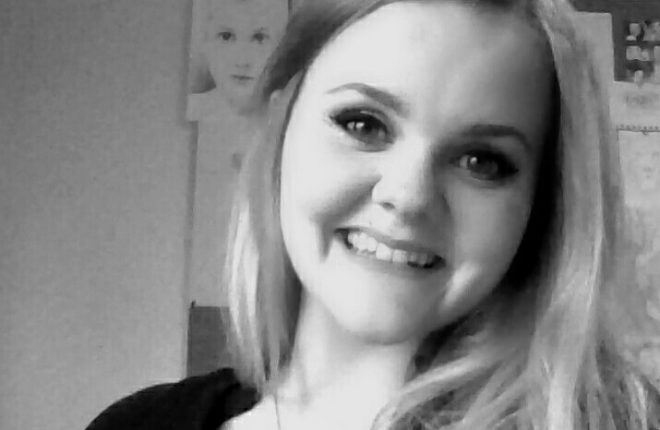 “My mother had researched about HSCT, and realised that this treatment was the last chance they had at my dad getting better. They went to India and by the time they got there, my dad could barely walk and was absolutely riddled with neuro-pains and spasms. But the HSCT was a success and today he is a completely different story. He no longer shows any signs of active MS, and all tests imply that he has successfully halted his MS.”
Explaining how HSCT works,  Marie said: “It is essentially a bone marrow-transplant; the treatment starts with medication that stimulates you bone marrow to leak stem-cells into your bloodstream. The stem-cells are then harvested and frozen before you start a chemotherapy that wipes out your faulty immune system. The harvested stem-cells are then introduced again through the bloodstream, and when back in the body they seek to the bone marrow, where a new and healthy immune system is built. This is done under strict supervision in an isolated unit, as you are very susceptible to infections during this period.”
Marie believes HSCT is the best option for her, and anyone with MS. While the treatment can successfully halt a person’s MS,  it cannot undo the damage that has already been done. However, the only downside is the cost, which is what led her mother setting up the GoFundMe Page.
“As it has not yet become standard treatment, MS patients from all over the world are travelling far and wide to foreign clinics. So far, I have applied to two clinics, one in Mexico and one in India. The one in India looks very promising, with an outstanding team of doctors and nurses. It is not the same clinic that my father was treated in, but it still holds some strange symbolism to me if I ended up being treated in India too.
“It is expensive and I certainly didn’t have that kind of money lying around, so the only option left was to start fundraising. My mother created a GoFundMe page in August/September, and the messages of support and donations the first month were overwhelming to me.
“By now, it (thet page)  has been shared on Facebook nearly 800 times, and we’ve collected over €6,000. We’ve received cheques in the mail and a very good friend of my family even set up a box in his shop so people can donate.
“In Bergen,  I’m just one of 400, 000 faces, but when I come home to Donegal I am not only surrounded by the incredible support and love from my family, but also from the community in Lettermacaward. It’s expressed in anything from a hug to small message of ‘We’ve been thinking of you’. It makes my heart swell.”
Marie said she hopes to have HSCT soon after she finishes her education next year, and that she and her family can “turn our backs on MS for good”.
For now, she is looking forward to coming home for an extended holiday, spending Christmas with her family
“I travel home to Leitir as often as I can, and stay for as long as I can. It’s a relief every time I step off the plane in Carrickfinn and I can feel the sea breeze on my face and smell the burning turf in the air,” she said.
To donate, see Marie Fights Multiple Sclerosis on GoFundMe. 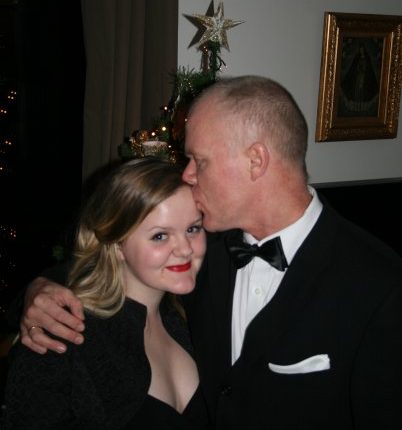