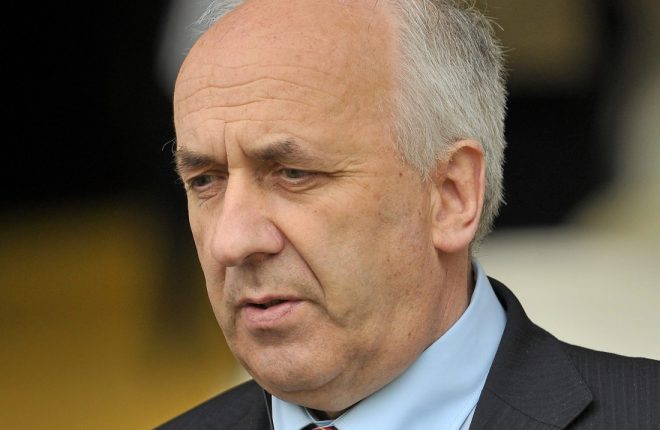 Down native Murphy was a selector with his county, before enjoying a lengthy career in administration, where he was a member of the GAA Central Council and vice-president of the GAA.

Mr Murphy served as vice-president and president of the Ulster Council before being appointed as the provincial body’s secretary, a position he held for 16 years, until he stepped down in February due to ill health.

In a statement released today, Dunnion said: “News of the passing of Dónall Ó Murchú, Runaí Comhairle Uladh came as somewhat of a shock this morning. Even though we knew of Danny’s failing health, his sudden passing was still very much unexpected.

“Danny can certainly be classed as one of the greatest administrators ever of Cumann Lúthchleas Gael. Some of his many roles include being a former Chairman of the Down County Committee, a selector with Down Senior Football in the early 1990’s, a former member of the Central Council, he also served as Vice-President and President of the Ulster Council before being appointed Provincial Secretary.

“Danny oversaw many changes and developments during his time as Provincial Secretary. He always had a clear vision for the 9 counties of Ulster and the leadership to go with that vision. He had a tremendous knowledge of the Association and its rules and was always available to offer advice and guidance when it was needed.

“He will be a tremendous loss to his family, friends, work colleagues at Ulster GAA and to the wider GAA community in Ireland and abroad. He was a true gentleman and a friend to so many and he will be sorely missed. Ar dheis Dé go raibh a ainm uasal.”