Advertisement
HomeHeadlinesCouncillor gets driving ban for being ‘drunk in charge’
Advertisement 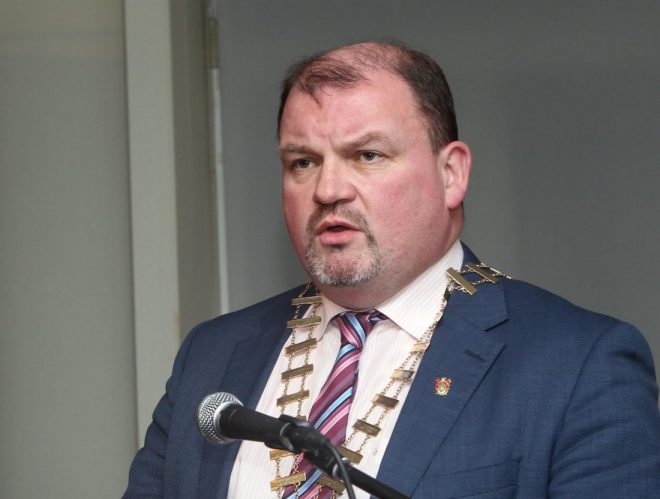 A Donegal County Councillor had to be handcuffed after becoming abusive and asking a garda ‘who the f*** do you think you are’, a court has heard.

Ciaran Brogan (44) of Sockar, Trentagh, Letterkenny, was banned from driving for three years after being found guilty of being drunk in charge of a vehicle on June 22nd last year, the weekend of the Donegal International Rally. He denied the charge.

Letterkenny District Court heard on Thursday that a patrol car had been alerted to the scene of a car parked in the middle of the road, at Ballymacool, Letterkenny, with the engine running and lights on.

When they approached, they found Brogan asleep behind the wheel. Detailing evidence, Garda Stephen Moyles told Judge Paul Kelly the vehicle, a Toyota Avensis, had been parked on a narrow road.

“It was parked in a very dangerous manner,” he indicated. The patrol car had parked directly behind the vehicle.
“When I approached the car, I found a male asleep behind the wheel with his arms folded.”

Garda Moyles opened the door of the vehicle, knocked off the engine and took the keys out. He had got a “strong smell” of intoxicating liquor from within the vehicle.

Garda Moyles, who was accompanied by Garda Rosario Monagle, said it had taken several minutes to rouse the defendant who was “startled” when he did waken up.

At that point, the Toyota rolled backwards and collided with the patrol car with the defendant’s foot having been on the brake pedal when he had been asleep.

After asking Brogan to step out of the car, he found him to be “unsteady on his feet” with his speech slurred.

Garda Moyles had taken the view that the defendant had intended to drive the vehicle further.

The court heard Brogan, who had been appointed Mayor of Donegal the previous week, had become “verbally abusive” and demanded to know “who the f… do you think you are.”

Garda Moyles had grabbed the defendant by the arm and attempted to usher him to the patrol car.

Eventually, he handcuffed the accused before radioing for assistance after which another Garda had arrived on the scene in an unmarked patrol car.

Brogan was taken to Letterkenny Garda Station where he had opted for a blood analysis at 1.13 am to determine alcohol level after, a doctor from NowDoc had been called to the station.

When the certificate from the Medical Bureau of Road Safety had been returned on July 1, it showed a reading of 244 milligrammes of alcohol per 100 millilitres of blood, almost three times the legal limit.

Defending solicitor, Mr Kieran O’Gorman, submitted to Judge Kelly that there was no factual evidence that the accused intended to drive the vehicle.

However, the judge disagreed, convicting and fining Brogan €400.