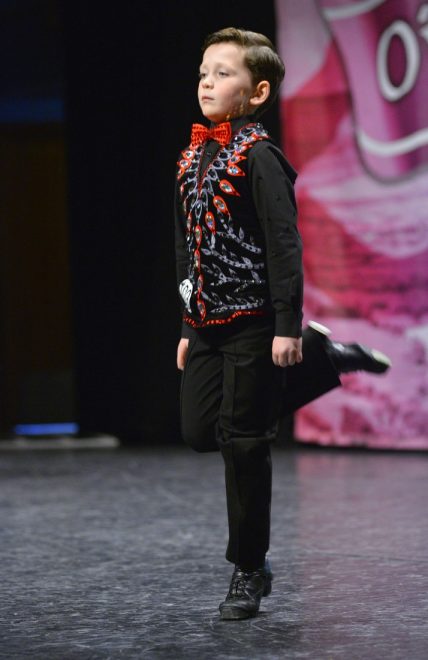 A YOUNG Gweedore dancer will realise his dream tonight when he appears on the famous Late Late Toy Show, before a TV and internet audience of more than 1.5 million.

Charlie Doherty (9), from Glenholla, is a champion Irish dancer who has been showing great promise since he enrolled with the McConomy Bradley, Doherty Academy in Derry four years ago.

Having cruised through last month’s auditions in Dundalk, Charlie was picked for the dance scene in the show which was viewed last year by a consolidated audience of 1.56 million, making it the second most watched TV show of the century.

Charlie was named ‘top boy’ at the recent Ulster Irish Dancing Championships in Ballybofey. He has danced all over Ireland, the UK and was in Florida in July when he was placed fourth in the American nationals.
His mother Maureen will accompany her son to the show, while his brother Patrick and sisters Bernadette and Danielle will watch from home. Also glued to the TV will be his other sister Maighread who lives in Galway and Áine who is currently in Australia.

Luckily for Áine, the show is available to watch for free worldwide, live and on-demand, on RTÉPlayer International (rte.ie/player) on desktop, iOS and Android apps.

“The fact that it is available to watch free across the world means that Irish emigrants get a chance to connect with their home in a way that is absolutely unique to us as a people,” Ryan Tubridy said this week.