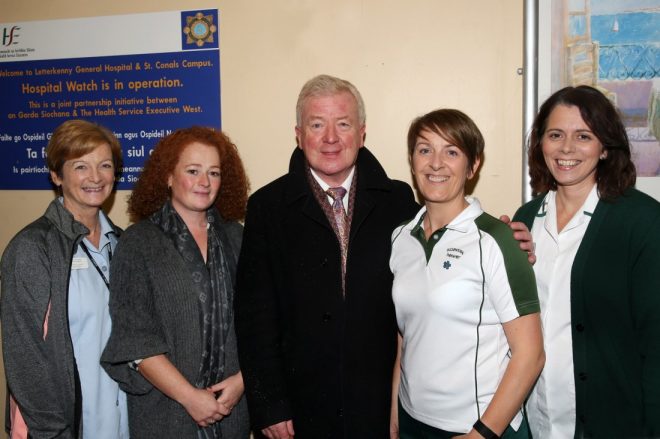 A LETTERKENNY mother of three who has hair most women would die for will shave off her locks in a charity head shave tonight, Saturday.
Kerrie Duffy is one of four work colleagues in the Stroke and Rehabilitation Unit at Letterkenny University Hospital who will get a dramatic new bald look.
“I’ve to take my daughter to gymnastics on Sunday morning and she’s worried what her friends will think,” she smiled.
Cool for winter
Kerrie will be joined by Debbie Houston, Sonia McGarvey and Stephanie McCole in losing their locks and even though there’s a definite winter feel to the air these days they’re all looking forward to the event.
The four ladies are shaving their heads to raise funds for three charities; Donegal Hospice, Pieta House and The Alzheimer Society of Ireland.
Milford woman Debbie Houston works as an Occupational Therapy Assistant at LUH and her chosen charity is The Alzheimer Society of Ireland.
“It was Stephanie who first came up with the idea in the pub one night and I jumped on the bandwagon. I’ve had personal experience with Alzheimers. My mum looked after my grand mother while my dad, John, is in the early stages of the disease. We’ve all been touched by the three charities though if we’re honest,” she said.
The mother-of-three explained that two local hairdressers, Ciara McVeigh and Ann Marie Daly, have been tasked with head-shaving duties.
“That said, someone has kindly offered €135 to do the head-shave on me so I might open it up on the night to see if I can’t attract a higher bid,” she said.
What about her husband and children. What do they think of their mother losing her hair?
“Marty (husband) is delighted but Caoimhe is worried about her mum being bald in her prom photos. They want me to get a wig but I’m on the look out for a warm hat,” she laughed.
Stephanie McCole, who works as a Physiotherapy Assistant, has three daughters.
“It was on my bucket list (head shave) and I was delighted to be able chose the Donegal Hospice as I’ve experienced first hand their wonderful work,” she said.
Kerrie Duffy also works as a Physiotherapy Assistant. She has selected Pieta House as her charity.
“Donegal has been hit hard with depression and suicide and the county could really benefit from the services of Pieta House,” she said.