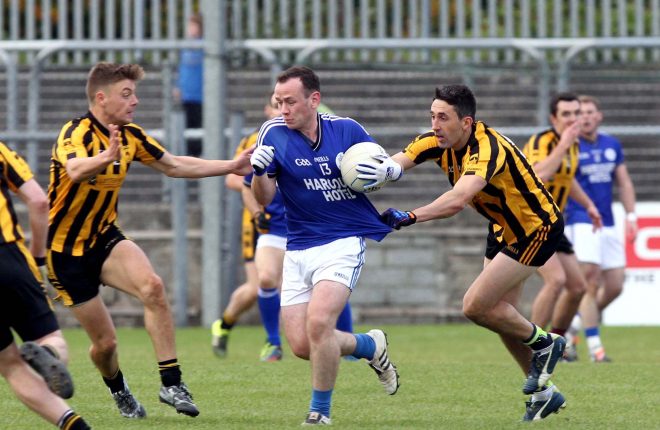 NAOMH Conaill minor manager John O’Malley says his side will not be motivated by revenge when they face St Eunan’s in the Division 1 Minor Championship Final in Convoy today.

Last year, the Glenties side were favourites going into the Minor decider against ‘Eunan’s, but the concession of three early goals cost them dearly and they lost on a scoreline of 3-6 to 0-12.

It was the start of a great winter for the Letterkenny side, who went on to reach the Ulster Minor Football Tournament final at St Paul’s.

It was a tough defeat for Naomh Conaill to stomach, but O’Malley is adamant that they are not on a revenge mission this season.

“We’re just looking to use the experience of last year to our benefit – it’s not about revenge or anything like that.

“It’s a new team this season. A lot of the lads from last year have moved on, while we have new boys involved.

“Some of the team are still there and we will just be trying to tap into their experience of playing that day, and see if we gain something from it.”

O’Malley is a young manager at the age of 23, and he is also a member of the Naomh Conaill senior team.

While some clubs have trouble getting their senior players involved with underage set-ups, that is not a problem down in Glenties, where 2012 All-Ireland winner Leo McLoone also helps out as under 21 bainisteoir.

O’Malley has a youthful backroom team of Michael O’Donnell, Charlie McGuinness, David Gallagher, Eunan Doherty, and Eoin Boyle, and he explains why he got involved.

“A couple of years ago, I got asked to help with a bit of coaching and I enjoyed it.

“I was helping out Michael last year, but this season, he has been working away from home more, so we have swapped bibs.

“It’s nice to be able to do your bit for the club and it is very enjoyable.”

Naomh Conaill have already collected the Division 1 Minor League title this term after they defeated their near neighbours Ardara in the decider.

However, that was back in May and their momentum was disrupted as the intercounty minor campaign took priority.

O’Malley said: “It’s been a long year. We started training back in late January and now we’re coming into late October.

“We won the league and it was just a matter of keeping things ticking over after that because we didn’t know when the championship would be.

“Our under 16s were playing away, as were our county minors, so it was just about making sure the other lads stayed in shape.”

O’Malley has kept his side in good nick and they claimed the Southern Board regional title last month when they got the better of Aodh Ruadh on a scoreline of 7-9 to 3-19, in what was a wonderful spectacle of attacking football.

There was plenty to work on before their county semi-final where they improved considerably and defeated St Michael’s easily.

“We didn’t enjoy it! We were disappointed with a lot of aspects of our play and we were very lucky to get away with conceding 3-19,” the Naomh Conaill manager commented.

“The boys knew themselves that they didn’t play good enough, but they reacted well in the semi-final.

“St Michael’s maybe didn’t play as well as they would have liked, and their heads dropped a bit, but we were happy with our performance.

O’Malley attended St Eunan’s semi-final victory and he was impressed with the manner in which they overcame Aodh Ruadh.

“I was at their semi-final and when they got a few points up, I was very impressed with how they closed the game out.

“They obviously have a lot of good players like Niall O’Donnell, who will take a lot of watching.

“It’s going to be a very tough game for us.”

St Eunan’s are reigning minor champions, but they know that Naomh Conaill are gunning to complete the double in 2016.

The sides were expected to meet in the League Final earlier this year, but without their star man, Niall O’Donnell, the Cathedral Town outfit were eliminated at the semi-final stage. 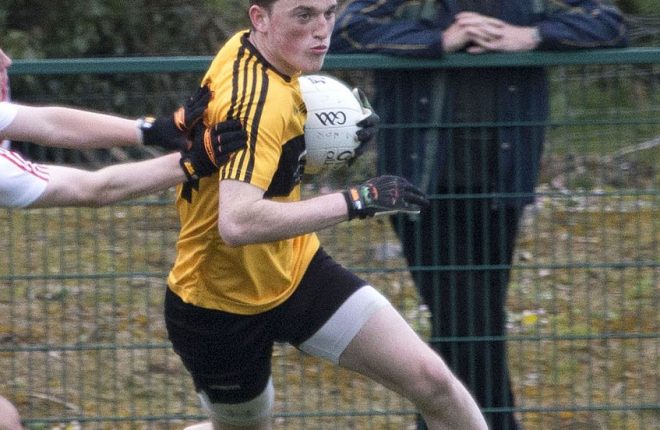 “It’s going to be a big challenge for us,” said Paul McGovern, who is part of Jim Clarke’s management team, along with Eunan McIntyre, Gerard McGinley and county star Rory Kavanagh.

“Naomh Conaill have been racking up big scores all year and they won the All County League earlier this season.

“We went into the semi-final as favourites, but we just didn’t perform and Ardara deserved to win.

“We didn’t get a crack at Glenties, but we will this weekend, and it’s probably a mouth-watering prospect for neutrals.

“We will have to bring our best performance if we are to win.”

St Eunan’s didn’t deliver their most convincing display as they claimed the Northern Board Minor Championship title three weeks ago.

However, McGovern says they were much improved in the county semi-final and defeated Aodh Ruadh by seven points.

“We weren’t at our best in the Northern final. We started the game well but missed a few goal chances in the first 15 minutes.

“St Michael’s upped it after half-time and we were lucky enough that the score was level going into the final 15 minutes as they kicked a few wides, but we finished strongly and tagged on a couple of scores.

“The Southern Final was a very high-scoring game and it’s hard to believe a team can score 3-19 and not win.

“Ballyshannon had a purple patch early on against us and got a goal, but our boys stood up to the challenge, and once they got in front, I thought we controlled the game and won comfortably in the end.”

St Eunan’s and Naomh Conaill are the two most dominant sides at underage level in Donegal, and they meet regularly in county finals.

Their minor teams know each other well, and McGovern feels it will be a close encounter today.

“Most of our teams have a bit of a rivalry with Naomh Conaill and this side is no different.

“They played against each other in the Under 13 and Under 14 County Finals, and it’s one each going into the weekend.

“We have eight or nine lads left over from last year, and they have a similar number.

“They had three or four boys on the county minor panel, and so did we.

“We know each other very well and it will be a tough battle.”