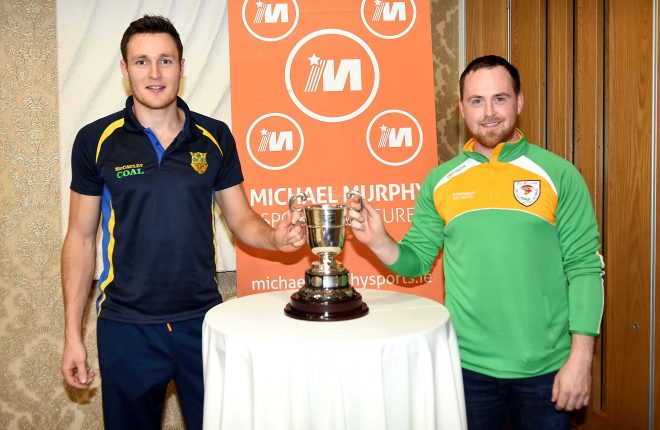 COLIN Gallagher is back enjoying his football and is hoping to lead Downings to the Junior ‘A’ Championship title this Sunday.

Gallagher was a star player for the club at underage level, and represented the county with distinction.

However, he fell out of love with the game for a period during his mid-twenties, and took a break away from his local club.

The versatile forward is now older and wiser, and he has the responsibility of being team captain this season.

“I played a bit for the county at under 16s, minor and senior, and I don’t really know what happened, but a couple of years ago, I decided I wanted to take a bit of a break.

“I sort of lost interest, and it wasn’t that I didn’t know what I was playing for, it was just that I wasn’t enjoying it. I felt I was putting in a lot of effort and not getting much out of it.

“I left for a year or two, and when I came back I was a senior player.

“When you get older, you mature a bit more and you have a different frame of mind, and you have different goals. Now, I just want to win as many medals as we can.”

Picking up silverware hasn’t been a problem for Downings so far this year.

They claimed the Donegal Junior Gaeltacht title, and went on to land the All-Ireland crown in Ballyvourney in Cork.

That led to a late night of partying in Downings village with the team greeted to a hero’s welcome at one o’clock in the morning.

“The celebrations went on to all hours, and we’d love to do it all over again, but you can’t take anything for granted in a final.

“Muff are a good team and it’s a 50/50 game and we’ll be showing them all the respect they deserve.”

Downings last won the Junior Championship in 2012 and if they are looking for a good omen, they also beat Inishowen opposition that day when they dispatched of Moville.

Gallagher says it’s been a long wait to get back to the final and the team has a new feel to it now.

“The last time we were in this final was five years ago, and you kept thinking we’ll get another one next year, but it doesn’t work like that.

“This is a good opportunity for us because we have a hungry, young team.

“You only have four boys that are older than 28 or 29. The rest are only in their early twenties.

“We have young Lorcan Connor, who was up training with the county seniors this year, and you have Allen Pasoma and Ben McBride.

“I think if we do win, those young lads will have a big say in it.”