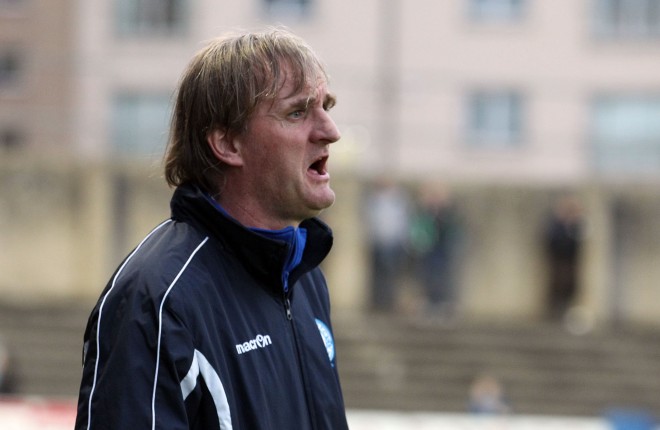 An injury picked up in the defeat against Cork City is likely to rule Adam Hanlon out of tomorrow night’s game against Galway as Finn Harps kick off the first of three games in six days.

Harps – who will see manager Ollie Horgan serve a one game ban in Galway – must meet Sligo Rovers on Tuesday night after their encounter at the Showgrounds was abandoned while they will also be in action at home again next Friday night against Bray Wanderers.

It’s a tough schedule for Ollie Horgan’s team who have Wexford chasing them down in a bid to avoid the play-offs.

“We have three games in six days and only time will tell if we are ready for that. The mid week games kill us, especially when they are games that are re-fixed because games haven’t been played on their scheduled dates.”

Since then Damien McNulty has resumed training, but he may not be risked against Galway and Horgan also has concerns over Gareth Harkin who is also doubtful.

Josh Mailey has gone to College in England and is unavailable but Horgan says his team knows they need to try to get some more points on the board if they are to avoid the drop.

“We’ll be hoping that maybe something can fall for us against Galway in the way that nothing seems to have fallen our way over the last number of games,” Horgan said this week.