A MAN whose eight-month-pregnant daughter was killed in a collision four years ago has successfully had his granddaughter recognised as a road traffic victim after a relentless campaign with the help of Road Safety Group, Parc.

David Walsh, from Waterford, had tirelessly lobbied to have the Road Safety Authority’s (RSA) statistics of 2012 changed to include the tragic death of his granddaughter, Mollie. He has now been successful in this, making it the first time in Ireland and Europe that an unborn child has been registered as a road traffic victim.

Mr Walsh’s daughter, Mary Enwright, (28) was killed instantly when the car she was driving was involved in a head-on collision with a car being driven by 17-year-old student, Robert Stoker, who also died. Mrs Enwright was 34-weeks pregnant with her first child at the time of the fatal crash in Tipperary in March, 2012.

Speaking to the Donegal News, Mr Walsh, said he was “disillusioned” with the entire system in his endeavours to have his granddaughter recognised as a victim until he came into contact with Parc, whose chairperson is Donegal woman, Susan Gray.

“The RSA put out stats for 2012 and Mollie’s death wasn’t included on them. I wanted her to be recognised. Mary was eight months pregnant at the time. Mollie was a person with rights. I don’t believe the system works in favour of the victim. The system talks about constitutional rights, but that’s all horse tripe because when push comes to shove nothing is done. The constitutional rights say they protect the unborn, but Mollie wasn’t recognised nor protected.

“I was in a bad way and I was looking for help from someone who knew road safety knowledge inside out and Susan  was just the person.”

Mr Walsh told of how the campaign met many obstacles along the way, but described Parc as a “lifeline”.

He said: “It was a long road, and there were a lot of obstacles. Politicians can talk the talk, but very few can walk the walk.

“Susan and Parc have been a lifeline. She is a tremendous trojan for justice, especially when you look at everything she has achieved in her own grief of losing her husband, also through a road traffic collision.

“The help I and my family received from Susan cannot be quantified. We were helped with where to go, what to ask for and who to put pressure on. Anyone who has been through a situation like this just wants to establish the truth, it isn’t about anything else.

“Susan’s knowledge of road safety is second to none, I would say she knows more about the law of road safety than our current transport minister. She has unwavering patience and dedication.

“The system kills a lot of people, it hits you at your most vulnerable. We were let down and had it not have been for the work of Susan and Parc, I really don’t know where we would be today.”

Describing his daughter as “superb”, an emotional Mr Walsh said he believes he will have made her proud.

“Mary was a superb woman. She was pregnant with her first child and she was so excited because she always wanted to be a mother. Her future was wiped out in ten seconds. Neither she nor Mollie had a chance.

“Everyday is life sentence for us and her husband, Patrick. Mollie would be nearly four years of age now and would be in pre-school. She would probably have a brother or sister too.

“So much is lost but at least with the road statistics being changed Mollie has not been forgotten about.

“I think Mary will be proud of me and when I see her again I think she will say to me, ‘well done daddy’.” 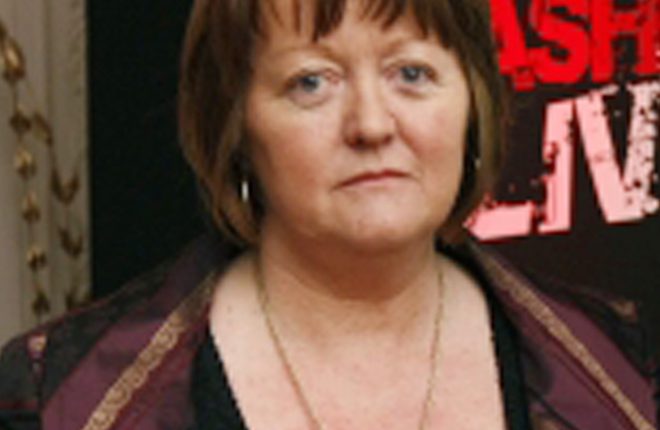