The future of Dunfanaghy Health Centre has been safeguarded for the immediate future, the Health Service Executive has confirmed.

The announcement comes following a continued high-profile community campaign set up after  it was feared services at the well established facility were under threat, with patients potentially having to travel to Creeeslough.

Community activist for Dunfanaghy area, Michael McClafferty, has welcomed the news of the HSE’s commitment to continue operating all existing service levels in Dunfanaghy Health Centre. Mr McClafferty said he was informed of the move via an e-mail from HSE representatives over the weekend.

He said: “The news follows representations made by certain TD’s, myself and other members of Dunfanaghy Action Network Sub-Committee, who have been working on this since the summer since news broke by Doctor Paul Steward of how serious the situation was at hand about the future of the existing health centre in Dunfanaghy.

“Earlier this year,  a public meeting was held where upwards of 500 people from the concerned community attended to show their anger and frustration as to how they ever arrived at such a situation in the first place, which was due to obvious years of much neglected funding by the powers that be.

Continuing, Mr McClafferty said he welcomes the commitment of the HSE to explore the possibility of providing a new facility by way of either a public private partnership or by way of lease agreement.

Mr McClafferty said it is envisaged that following technical assessments of the site that a report will be made available by mid-October outlining the future proposals for a new health facility in Dunfanaghy.

“It will be very important that we now maintain the momentum and get this project in motion once it goes through the various channels as need be.” 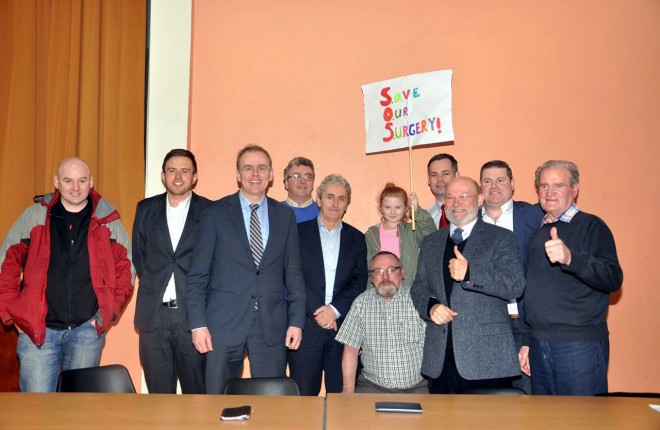