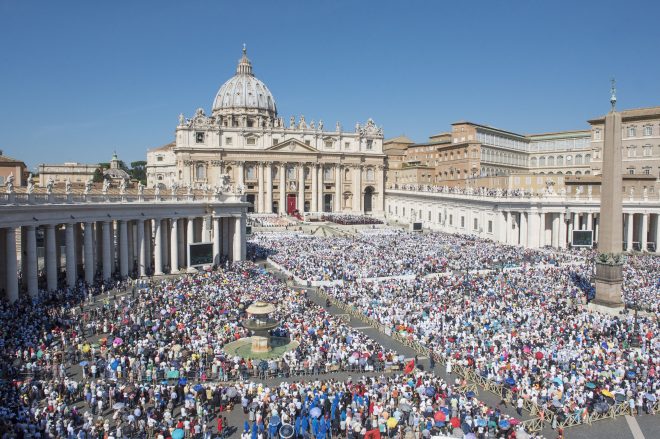 FATHER Kevin Gillespie, a priest of the Raphoe diocese, assisted Pope Francis when he declared Mother Teresa a saint in a canonisation mass in St Peter’s square at the Vatican last weekend.
The Gaoth Dobhair-born priest, who is in his eighth year with the Congregation for Clergy in the Vatican, is a papal Master of Ceremonies, which involves ensuring the smooth running of the pope’s liturgical celebrations.
Also present was Letterkenny nun Sister Nirmala Maria (Carol McCarthy), a native of McMahon Villas, Letterkenny, who was one of the nuns who worked closely alongside Mother Teresa whose canonisation falls on the eve of the 19th anniversary of her death in 1997. Sister Maria travelled to Dublin with Mother Teresa in 1993 when she was honoured with the Freedom of the City and the pair retained close links for many years.
Her brother Brendan, who resides at the family home in McMahon Villas, and her sister Nuala (Manchester) also travelled to Rome for the canonisation mass.