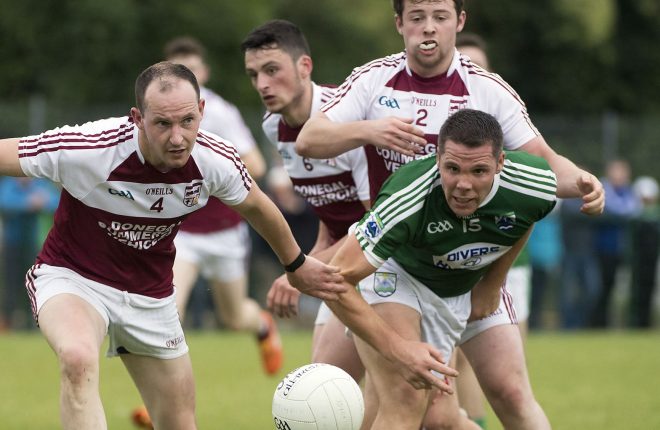 KEVIN Cassidy has criticised the Gaoth Dobhair senior team he was a member of, after they were dumped out of the Michael Murphy Sports & Leisure Senior Football Championship last week.

Cassidy announced his retirement on Twitter after Gaoth Dobhair’s defeat to Naomh Conaill last Saturday, and speaking in an interview aired on Barrscéalta on RTÉ Raidió na Gaeltachta today (Thursday), the 34-year-old said that he could no longer stay involved, as he felt the squad lacked commitment and had ‘let down’ the people of the parish.

He feels people are right to question why a team with such talent could not achieve success, and he believes that the team’s style of football should also come under the spotlight.

“I feel there is a lack of pride for the club jersey here, there isn’t the spirit any more.

“Players are under pressure, they are tired, they can achieve wins and success at county level, but that doesn’t materialise then in the club here,” said Cassidy, who helped Gaoth Dobhair to county titles in 2002 and 2006.