A WOMAN desperate to find out about the early life of her late father in Donegal has appealed for anyone with information to contact her.

Sharon Wadsworth (nee Harkness) has been trying to piece together the missing parts of her father’s life from his early background in Ballyshannon, where he had been sent by his family to live his younger years.

Having always known that her father’s childhood was a source of sadness but never knowing the reason why he remained so fiercely private, Mrs Wadsworth revealed she discovered a little more insight in the wake of her father’s death last month on July 3, aged 67, when she unearthed documents which would reveal the origins of her father’s past.

Speaking to the Donegal News, Mrs Wadsworth revealed how she learned how her father – who had gone by the name of John Harkness – had in fact been born in Belfast and named Frederick William Patrick Cole.

“My father always told me if anything ever happened to him for me to look in a secret place for ‘something’. Clearing out his flat I discovered his birth certificate and national insurance number showing the name Frederick William Patrick Cole born on 8 March 1949 to Frederick and Margaret Cole (nee Hamill), with an address of 38 Annadale Street, Urban 3, Belfast.

“My dad was a very private man who would never talk to us about his family. All we know is that from a very young age he was sent to Donegal to be brought up by an aunt.

“When he was 11-years-old he ran away and sailed to England, where he later met and married my mum. The name on his marriage certificate to my mother was John Harkness.

Mrs Wadsworth told of how over the years she asked her father if he would like her to help him trace his family.

“He always refused, but he would never say why or talk about his upbringing but I do know it was all a very sad situation. My dad was a very private man. He would never speak about his childhood, it was very much a taboo subject. I am now trying to find out what happened to him and his family.”

Mrs Wadsworth, who was born in England and who lives in Wiltshire, told of how some weeks ago she made contact with Ulster Ancestry and other online forums in a bid to seek help in locating her father’s family, but her cross-border search has gone cold.

“My mum and dad divorced after a few years. My mum went on to remarry but my dad stayed on his own.

“He said as a young child he was sent to Ballyshannon and bought up by an aunt. However, at the age of 11, he ran away from home and took the boat to London. He worked all over the country and in Scotland. My dad was Catholic, but interestingly I found on his birth certificate that his father was a sergeant in the Royal Army. He married a lady called Margaret Cole.

“I also joined an online Belfast Forum and gave the address of where my father was born and two people came back to me saying they remembered a family in that house. They gave me two names to contact and I did get in touch but I haven’t been able to get any further.”

Mrs Wadsworth said she is continuing her appeal both in Donegal and in Belfast and urged anyone in the Ballyshannon area who may be able to help to get in touch in an effort to provide much sought after answers that she, her sister and brother are trying to find.

“We really want to know why he was sent away. My dad didn’t talk about his family but he said that he had two sisters, one called Ann and the other by the name of Magdalene.”

Mrs Wadsworth said her father’s early years had a profound outcome on him in later life.

“In his later years he became a recluse. He never really had much of a life in the last 20 years, he turned to drink.

“I lived 40 miles from him and would call down once a fortnight to take him to the doctors and do his shopping. He was always so distant. We’ve only ever known my mum’s family, it’s very sad. I didn’t really feel a sense of void until I found his birth certificate.

“I would like to find out more about my dad and his early life. It would be great to get some answers and some closure.”

Anyone who may be able to help is asked to contact Sharon by e-mailing littleshar1970@yahoo.com 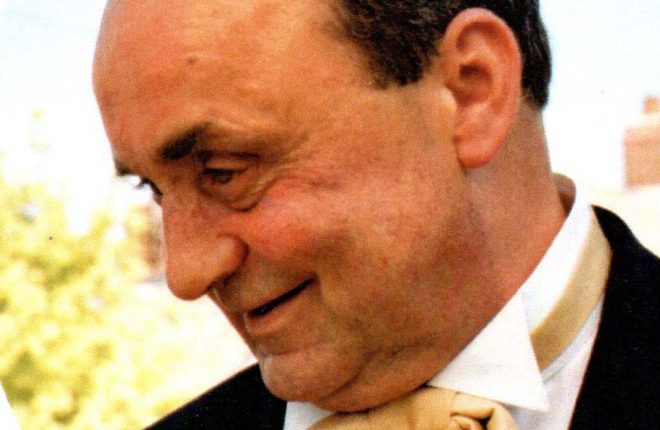 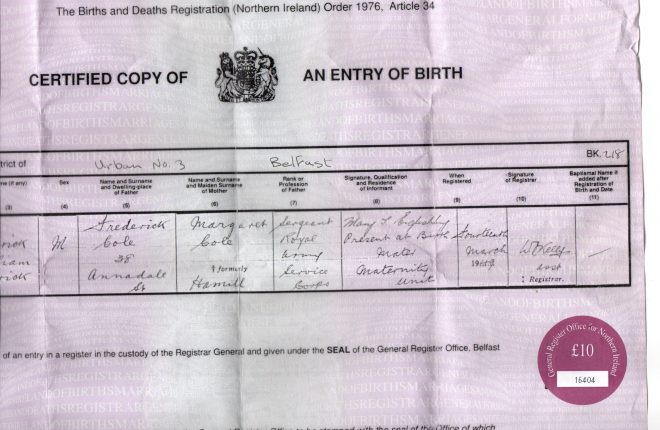