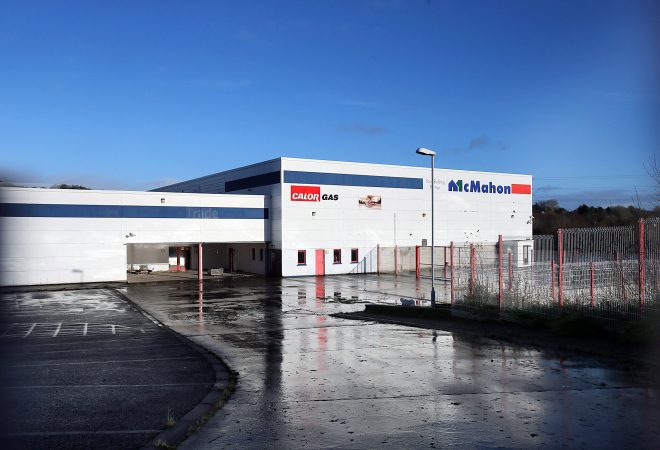 LETTERKENNY received a boost this week with the announcement that thirty-five new jobs are to be created in the town.
The new jobs will be located in Mr Price (25), which sells branded products at discounted prices, and Affidea (10), a new private diagnostic imaging clinic.
Mr Price has just signed a long-term lease for the former McMahons Builders Providers store, Middle Road, Ballyraine. Work will start on Monday fitting out the 17,000 square foot premises and the store will open for business on Thursday,, August 11.
Ms Emma Pillion is Property Director with Mr Price who currently have 29 stores up and down the country.
“We are one hundred per cent Irish and delivering rock-bottom prices. Letterkenny, which will be one of our flagship stores, and Portlaoise are both scheduled to open on Thursday, August 11.
“We’ll be open seven days a week in Letterkenny selling the best branded products at unparalleled low prices – exactly what today’s price conscious consumers are looking for. The days of being fleeced on the High Street are numbered, we offer a value alternative with all the same great products. We’re looking forward to bringing our business model to Letterkenny,” Ms Pillion said.
It’s almost four years (September 2012) since McMahons, one of Donegal’s biggest building suppliers at the time, ceased its operation in Letterkenny. The company had previously traded as James Johnston and Sons but was bought out by the McMahon Group in more recent times.
Meanwhile, the Minister for Health Simon Harris will perform the official opening of the new Affidea private scanning centre, which has cost in the region of €2million, on Thursday next, July 21.
The clinic, which has created 10 clinical and administrative jobs, is located at Scally Place and offers MRI, ultrasound and x-ray. The facility also sees public patients.
Speaking to the Donegal News yesterday (Thursday) Affidea Chief Executive Officer, Tom Finn, said that the company had already touched the lives of many local people since first opening its doors in Letterkenny.
“Ironically, we didn’t need to advertise for technical staff for Letterkenny as people contacted us when they learned there were opportunities to come back to Donegal. The four radiographers we have employed have all returned from Dublin and abroad because it was the first opportunity they had to work in Letterkenny,” Mr Finn said.
“The most technologically advanced MRI scanner in the country at present is operational in Letterkenny. It’s the latest edition from Philips and instead of it being narrow and claustrophobic it’s now much wider, shorter, faster ands quieter,” he added.
Mr Finn said the Letterkenny clinic would ensure local patients had greater accessibility to scans “quickly, professionally and to the highest standards”.
“The new clinic will ensure patients can receive the timely attention they need in a primary care environment, rather than a hospital-based setting. Affidea currently offers an ultrasound service in conjunction with the HSE from the same building and now offers an expanded and seamless service to public and private patients,” he said.
Affidea – which entered the Irish market in 2007, but recently rebranded from Euromedic – operates in 14 European countries and employs more than 3,000 people, 570 of whom are doctors.