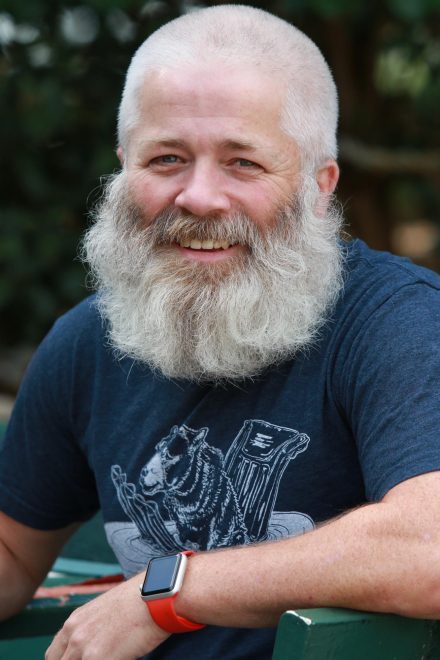 AN Annagry man went for a 101-mile run in the Sierra Nevada mountains last weekend.
Michael Baikie (45), from Bunaman, was one of 250 athletes who took part in the Tahoe Rim Trail 100 mile Endurance Run around Lake Tahoe.
It also provided an opportunity to raise money and awareness for Roots Ethiopia, an organisation which supports community identified solutions for job creation and education in Southern Ethiopia. He has already gathered in excess of €10,000 with donations still coming in.
Michael began running on Saturday morning last at the Spooner Lake State Park, which is at 7,000 feet and he ran for 29 hours and 30 minutes and more than 100 miles, finishing at the same spot on Sunday afternoon – stopping to eat, but not to sleep.
On Wednesday, Michael and his two daughters, Meskerem (10) and Tirunesh (9) flew into Donegal Airport to begin a two-week holiday at the home of his parents Derick and Maureen Baikie.
“I’ll have to drink a Guinness or two to help re-hydrate the body over the next week or two,” he quipped.
Tired, sore and boasting an impressive beard, Michael paid tribute to the many people at home who have supported his venture.
“The hair’s a lot shorter than people may remember while the beard has taken on a life of its own – so much so that I had problems getting through immigration as I no longer look like the person in my passport photo!
“The beard also changed colour a few times throughout the race as part of the charity campaign and, who knows, I might even manage to raise a few euro should I shave it off while I’m at home,” he said.
When he finished the race, Michael vowed to never do anything as extreme again although by the time he spoke to the Donegal News on Wednesday he had already figured out that there’s also a 200 mile endurance race.
“At the finish I said I would never, ever do anything like this again. The next day it was unlikely that I would ever do it again but today, who knows, I might like to go quicker next year,” he laughed.
A former student in Rosses Community School and Queen’s University, Michael said that he had ‘two left feet’ and didn’t take up exercise until he finished college.
“When I left home I did a little mountaineering, running and biking and now I’m into ultra-marathons,” he said.
Married to Heidi, the couple adopted their two daughters Meskerem and Tirunesh from Ethiopia. They live in California.
“I would like to take this opportunity and thank all the people at home who donated money,” he said.
Michael’s father Derick is a native of the Orkney Islands. The couple have one other son, Anthony, who lives in Annagry.
“We might get him to shave that beard off in Sharkey’s Bar before he heads back to America in two weeks’ time,” Derick said.