THE heartbroken mother of a young boy who lost his brave battle with Mitochondrial Disease has described her son as an amazing shining light.

Courageous Letterkenny mum, Marylouise Crossan, has paid a heartfelt tribute to her only child, who sadly passed away at his Hazelwood Drive home on Wednesday, with his devoted parents by his side.

Little Jack, who would have been five-years-old in September, was diagnosed with the incurable disease in December 2014, after months of attending various hospital appointments when his parents became concerned after he begun inhaling food in to his lungs, and that he wasn’t growing or developing as he should be.

Speaking to the Donegal News yesterday, (Thursday), Marylouise told of her devastation after her son was diagnosed with Mitochondrial, which causes the body’s organs to slowly shut down.

“My pregnancy was really normal with no complications and Jack was born physically healthy, and weighing 8lb and 10 oz, he was actually a really big baby. Everything seemed fine until he was 10 months when we noticed he was not developing or growing, he had low to no energy and he was aspirating food into his lungs.

“We were sent to Dublin for a series of tests and he was diagnosed with Mitochondrial in December 2014. It was such a shock because he had been healthy and we had never even heard of that disease. Mitochondrial is a disease which decreases energy in the body and slowly shuts down the organs. It’s non-curable. Jack lost his head control and balance and could never talk, although he could communicate with his eyes. He could tell a whole story with his eyes.”

Little Jack had never been able to walk or talk and he had spent the last year of his life in hospital, which took an emotional and physical toll on the family.

“We were in Dublin earlier this year in Our Lady’s Children Hospital in Crumlin and Children’s University Hospital in Temple Street for five-and-a-half-weeks, but there was nothing more that could be done and we were sent home with palliative care put in place at the start of June.

“He was so sick last Friday he had to have morphine syringe drivers put in but we are lucky because we got two weeks at home with him before he died.

“The help and support of the palliative care hospice team has been a great help, second to none. It was great to know that they were there with us all the way, we never felt alone and Jack loved all the nurses. He adored them. There were two nurses with us when he passed away.

“We really must thank Jack’s Paediatrician, Dr Khan and nurse specialist, Mary Murray, and the entire palliative care team at Donegal Hospice, who were exceptional, second to none, and Jack loved them. I must also thank those at BUMBLEance, because Jack enjoyed so many fun days because of them.”

Paying tribute to her boy, Marylouise said: “Jack was a typical wee boy, he could boss you about, he was such a wee rascal. He would keep everyone on their toes. The last couple of weeks he would have had me up and down the stairs keeping busy, I wasn’t allowed to sit down!

“He loved his blanket and the phone. He would watch adverts about McDonalds and Kinder Eggs all day on the phone, because he remembered what it was like to have been able to eat. He was able to eat up until he was 16 months, so he was aware he was missing out. He never knew the difference about walking or talking.”

A fervent campaigner for better paediatric services for children in Donegal and a member of ‘Our Children’s Voice’, Marylouise said that in time she will continue with lobbying and raising awareness of Mitochondrial in a bid to honour her son’s legacy.

In February of last year, Marylouise joined a number of other local mothers connected with Our Children’s Voice to meet with the then Health Minister, Leo Varadkar, to campaign for more paediatric care in the County, as well as to raise awareness of mitochondrial, of which so little is known.

“He was an amazing shining light. He was very intelligent, loved cuddles and loved his family,” added Marylouise. 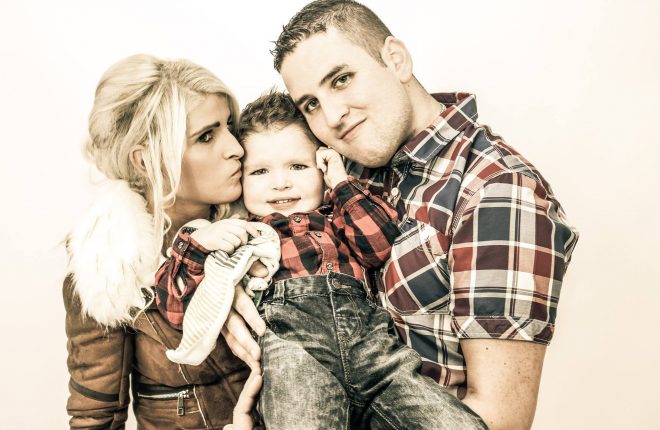