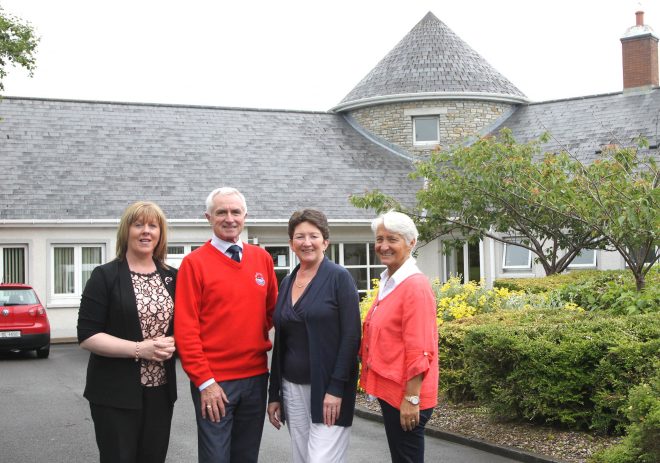 THE Donegal Hospice spent in excess of a quarter of a million euro more than it took in last year according to new figures, the Donegal News has learned.
The Donegal Hospice, set up in 1988, contributes twenty per cent of the total running cost of the Hospice in Knocknamona each year. In agreement with the HSE, they have provided €500,000 each year for 2014, ‘15 and ‘16. Last year the total cost of the Hospice ran to over €2.5 million.
But while the need is up, donations are down. Income from donations in 2015 (€638,000) was down more than €30,000 on the 2014 figure (€672,000) as expenditure edged ever closer to surpassing the one million euro mark (€970,000) per annum, for the first time.
Dr James McDaid, Chairman, said that like many other charities they were feeling the pinch but he is hoping it’s only a temporary slide.
“We’re a voluntary organisation. Home Help has been our biggest increase in expenditure over the past number of years. Unfortunately, the HSE hasn’t been able to keep up and we have filled that gap as we feel that no one in Donegal should be left with a deficit in care.
“Expenditure continues to rise year on year. Currently it stands at €460,000 and that’s after we hand over €500,000 towards the total running cost of the Hospice and people ask where does the money go. We paid out almost €80,000 for new Syringe Drivers to meet HIQA standards, for example, while the cost of Homecare, home help and Night Nursing is well over a quarter of a million (€343,663),” Dr McDaid said.
“Children were added to the service a few years ago and we don’t shy away from expenditure. If we feel that something is a good idea then we go ahead as it really is unbelievable what’s out there. One of the saddest things I’ve seen is a small child who requires treatment every hour of every day, 365 days a year. Imagine being the mother of that child who has to wake them up every hour throughout the night to administer treatment? That’s where the Donegal Hospice comes into its own.
“It’s not just cancer patients. The Hospice gives cares to people at end of life – no matter what age,” he added.
Given the recent controversy and coverage of charity ‘Console’ and the ‘Rehab scandal’ back in 2014, the Hospice chairman said that he welcomed the appointment of the new Charity Regulator.
“Our accounts are available on line – unlike a number of charities here in Donegal I might well add. There’s over 250 registered charities in Donegal and people who make a donation to any charity are entitled to ask where that money is being spent. It’s an unfortunate situation charities find themselves in that we are forced to defend ourselves, but our accounts are there for all to see,” Dr McDaid said.
That point is taken up by Grace Boyle, vice chair, Donegal Hospice.
“All monies that come in are properly receipted and anything that is collected is spent in Donegal on palliative care – straight down the line one hundred per cent,” Ms Boyle said.
The Donegal Hospice Day Care Service recently celebrated its 10 year anniversary. It provides respite for patients and their carers. They employ six Homecare nurses who provide invaluable palliative care services to terminally ill patients throughout the county. This service is provided free of charge.
“If people want to stay at home, we try to accommodate them where possible,” Ms Isobel Doherty, Administrator said. She also paid special praise to the dedicated staff, all those involved in raising money for the Hospice and all those who gave so generously during the past twelve months.
The chairman also expressed deep gratitude to the very many people who organised fund raising events and to all the people of Donegal and beyond who supported them.
For year ending 2015, income from donations was €638,000 while the income from Radio Bingo was €77,000. However, when you take away the contribution to the HSE and expenditure – which includes items such as Homecare Children (€210,000), Homecare (€96,991) and Night Nurse (€36,672) – the deficit in 2015 was €267,000.