Advertisement
HomeSportGAADeclan Bonner: Championship countdown is on for Donegal
Advertisement

It’s just over a week now until Donegal’s championship opener with Fermanagh, and the players will be chomping at the bit to get going.

We have had championship weather over the last couple of weeks with the sun high in the sky, and the ground getting firmer and firmer.

The players will have watched the other games in the Ulster Championship, and they will be eagerly awaiting their turn to take to the field.

Fermanagh’s preparations will be a bit different to Donegal’s as they have already played a game against Antrim, and they will be looking to build on a good result.

In contrast, it’s a long time since Donegal had a truly meaningful game.

They secured enough points early in the league to retain their Division 1 status, and while they did reach the semi-finals of that competition, they weren’t overly concerned about it.

They have been busy preparing over the last two months for the big game on June 12, and it will just be a case of fine-tuning the game plan now over the weekend and in the week ahead.

We have star fixtures in the All County League this weekend, and that means Rory Gallagher will have full access to his players, and he will be praying that nobody picks up any last minute knocks. 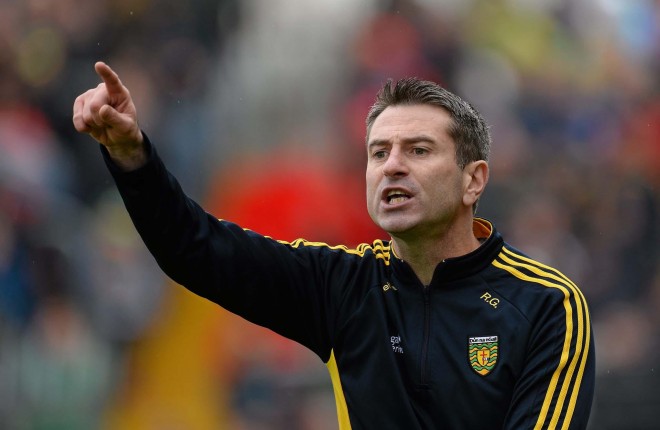 We’re told it’s going to be a scorching weekend, and the general public will be flocking to the beaches and lapping up the sun.

But that won’t be the case for our senior footballers. They will be trying to stay out of the sun and ensure that they are well hydrated at all times.

With the modern game, you need to take very good care of yourself if you want to be 100% ready for Championship Sunday.

The word is that majority of the squad with the exception of Neil Gallagher are back in training.

Quite a number of the panel have been carrying injuries over the last month or so, and I know from experience that you like to have two or three good sessions under your belt before the championship, just to make sure you’re up to speed.

If everyone is fully fit, I don’t think we will see too many shocks with Gallagher’s team selection, and I reckon he will go with the tried and tested players who have served the county so well over the past five seasons.

The Donegal minor team had to show a lot of character to get past Antrim last Sunday, but they got over the line and it was a great win at a difficult venue.

You can never be 100% sure what you will get from a group of minors.

They have a lot going on with exams and the likes, and you don’t know how they will react when they step into the championship arena.

Donegal struggled badly at times last week and they were very nervous.

Things didn’t look good when Antrim’s substitute Eamon Fyffe scored two goals after half-time, but Donegal to their credit, refused to cave in.

I mentioned last week that Niall O’Donnell was going to be a very important player for this team, and when the troops were down, he was the man that lifted them.

He was magnificent in the last fifteen minutes, scoring two fantastic goals and two long-range points as Donegal powered past Antrim in the closing exchanges.

It wasn’t pretty, but it was all about getting over the line and that’s what Donegal managed to do.

They will now face Monaghan in the semi-final and that is sure to be another close game.

I know from working with the minors over the last two years it’s hard to get work done when the Leaving Cert is on, but hopefully Donegal can keep things on track.

Cavan ran out very convincing winners against Armagh las Sunday, and it was an impressive display from Terry Hyland’s team.

They have been gradually making progress over the last couple of years, and while Armagh didn’t pose many questions of them last week, there was still a lot to admire about Cavan’s performance.

Gearoid McKiernan was simply outstanding in the middle of the park, while Dara McVeety is one of the most underrated players in Ulster.

Cian Mackey and Martin Reilly worked very hard in their wing-forward roles, while they were also solid defensively.

Cavan have two big men in David Givney and Michael Argue stationed in the full-forward line and that means they can mix their play with long ball too.

Armagh were horrendous and you’d have to say that they are just not producing quality players anymore.

We watched them get hammered by Donegal in the Athletic Grounds last year, and they were well off the pace again on Sunday.

Kieran McGeeney has to take a large amount of the blame for their poor showing, but I did feel that comments made from RTE pundit Joe Brolly were very harsh.

Brolly said that McGeeney hasn’t a clue and questioned his managerial credentials. 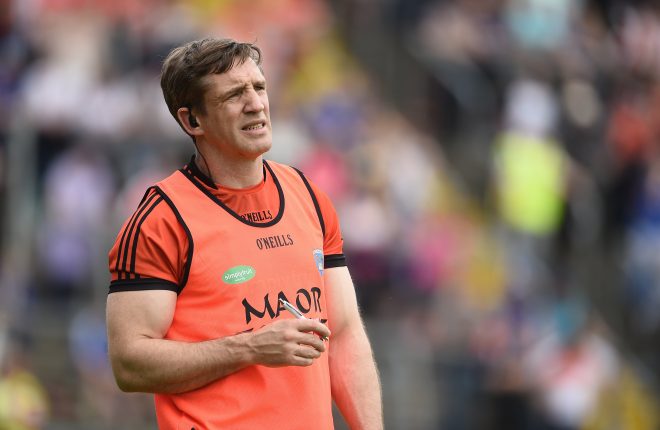 It’s very easy for Joe to say that from his nice seat at Montrose, but at least McGeeney is putting himself out there.

Why doesn’t Joe step out of his comfort zone and see what it’s like for himself?

His home county Derry could do with his help, but will we see his name in the mix the next time their senior team has a vacancy? Unlikely.

McGeeney is in for the long haul with Armagh, but they will have to start bringing through quality players again, if they are to have any joy in the next couple of years.

They hadn’t the players to compete with Cavan, but the big question for Terry Hyland is does he have the men to put it up to Tyrone?

Hard to look past Monaghan.

The big game in Ulster this week sees Monaghan host Down in Clones, and it’s hard to envisage anything other than a home victory.

Down had an abysmal league campaign, and they failed to pick up a single point in Division 1.

Monaghan are the defending Ulster champions and they have a very shrewd manager in Malachy O’Rourke.

Eamon Burns is the new bainisteoir in Down but things have not gone to plan and he will be without a number of the county’s best forwards, such as Conor Laverty, Caolan Mooney, and Marty Clarke.

One trait of Down football back through the generations was their knack of scoring goals, and they will have to find the net a couple of times, if they are to win.

They will also have to put the shackles on Conor McManus, but that is easier said than done.

Monaghan have a better team and while you’d hope that Down will put it up to them, O’Rourke’s men should have four or five points to spare at the end of the game.