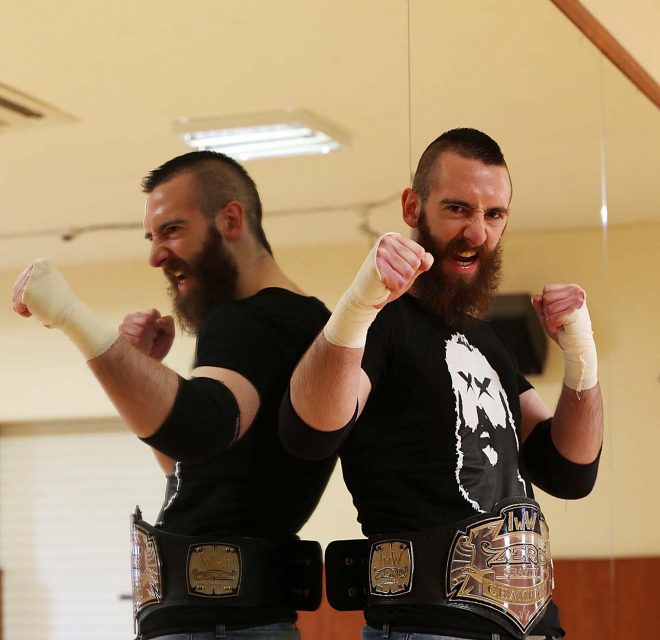 CAMBO Cray has one objective. To hit you harder than you have ever been hit before in your entire life.

That’s the bold claim made by Cray, real name Steven Campbell, in his profile on the Irish Whip Wrestling (IWW) website.

Originally from Gweedore, Campbell (27) is believed to be Donegal’s only professional wrestler.

He has wrestled in every county in Ireland since he entered the entertainment sport four years ago, and has been IWW Zero Gravity Champion “for over 700 days.”

Next Saturday, May 21, he will star in a family friendly wrestling show at Letterkenny Community Centre where he works his day job. 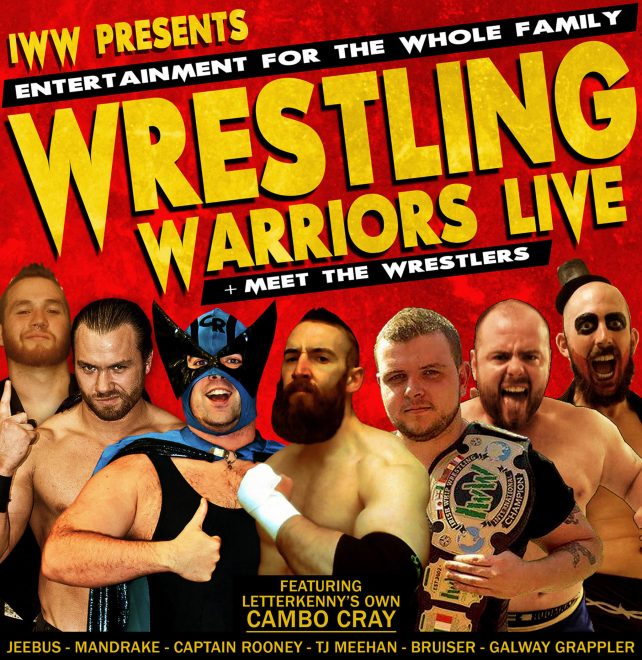 The colourful poster for next weekend’s event in Letterkenny.

A son of Eric and Margaret Campbell, the surprisingly modest ‘Cray’ told the Donegal News this week he got hooked on the sport when he was a boy and has high hopes of hitting the big time professional circuit in America.

“One of my earliest memories as a boy was myself and my brother Brian watching video tapes of American professional wrestling over and over as we didn’t have Sky TV,” he explained.

“I played two games for Gweedore Utd and Gaelic while at PCC Falcarragh, but neither were for me. I always wanted to be a wrestler but was unsure how to get into it, so I did Jiu jitsu and it helped me a lot. I only really got into wrestling after I completed by degree at LYIT.”

Steven will use next weekend’s event to highlight Down Syndrome and, as a result, members of Donegal Down Syndrome will be guests of honour.

For further information and bookings, contact Letterkenny Community Centre on 07491 22761. Doors open at 5:30 pm and ‘first bell’ will be at six.

To read the full, indepth interview see Friday’s Donegal News or subscribe to our digital edition.