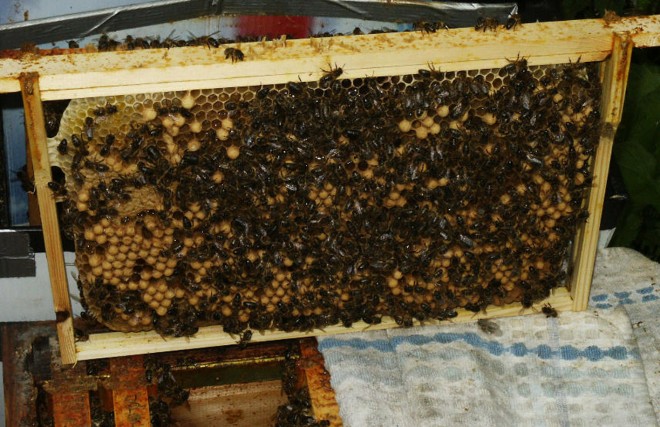 Varroa Destructor is an external parasitic mite that attaches to the body of the honey bees and weakens them by sucking hemolymph. There have been a number of cases in the county where severe infestation has caused the deaths of entire colonies.

The Native Irish Honey Bee (Apis mellifera mellifera) plays an important role for farmers and gardeners alike in the pollination of crops and flowers. Scientists estimate that seventy per cent of our food would not be on our tables if crops were not pollinated by our bees.

Scientists at NUI Galway, headed by professor Grace McCormack, are working with in conjunction with the NIHBS in the hope of developing Varroa tolerant bees.

This will involve a natural breeding process where the most Varroa tolerant native bees will be used to create a stronger bee. There will be no Genetically Modified (GM) bees created.

Spokesperson for the society, Ms Bernadette Ferguson, said the devastating parasite was introduced into Ireland following the importation of non-native ‘hybrid’ bees.

“This research is going to help our case and we would encourage as many keepers of The Native Irish Honey Bee as possible to take part,” she said.

The NUI scientists are requesting beekeepers to send samples of their bees to them between Saturday 7 and Sunday May 22.

Samples need to be sent before any Varroa treatment takes place and NIHBS will be sending out a sampling pack with instruction to each beekeeper who wishes to take part.

NIHBS has established a research sub-committee to help participants and to help drive the research.

Any beekeepers willing to take part should contact their NIHBS regional director or send an email to secretary@nihbs.org or nuigbeeresearch@gmail.com

The regional director for Ulster can be contacted by email at Ulster@nihbs.org

Details of how to take samples and further information are available on the NIHBS website www.nihbs.org