The Championship has been running for a few weeks but the real action gets underway this Sunday in Celtic Park when Derry and Tyrone get to battle.

Tyrone are favourites to win, but they won’t be underestimating the Oak Leaf county and no team has ever got anything easy in Celtic Park.

It’s a local derby and it won’t be a match for the faint hearted. There will be plenty of bodies behind the ball and I can’t see a high-scoring contest.

There should be a good atmosphere and I’m expecting an intense game.

Most pundits are predicting that Tyrone will win the Anglo Celt Cup this season.

Mickey Harte’s team have impressed in 2016 and they are unbeaten so far this year. They have a young, vibrant, mobile side who move the ball at speed.

I’ve seen them a couple of times this year, and two players have really caught my eye.

Colm Cavanagh has always been in his brother Sean’s shadow, but he has developed into one of their most important players.

He will line out at midfield but will drop back in between the full-back and half-back line, blocking off channels and cutting out passes.

Cavanagh protects the defence very well, but his role is now well-known and it will be interesting to see if Derry go with a plan to put the Moy man on the back foot.

They may play one of their better players like Mark Lynch in midfield in the hope that he gets more space with Cavanagh dropping back.

Tiernan McCann is another key player and he is the man who links the defence with the attack.

Derry will look to nullify him, and after a good league campaign, one concern Tyrone supporters might have is that Harte may have shown his hand a little too early. 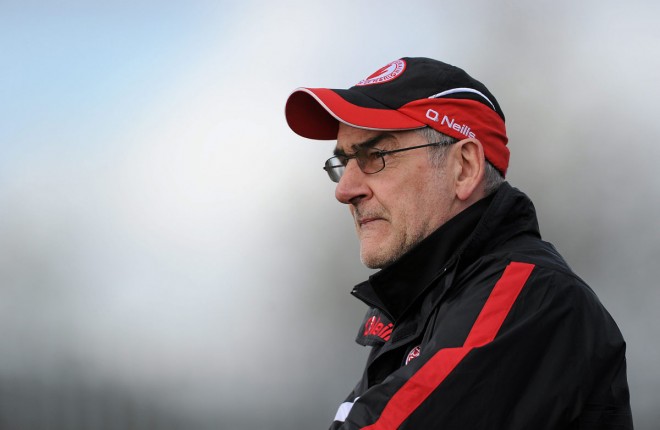 Tyrone have brought in a few of the under 21 squad that won the All-Ireland last year, and they have a very different look from the team that last won Ulster in 2010.

They will want to bridge that gap this term, and their aim will be to go through to the All-Ireland series via the front door.

It’s Damien Barton’s first championship game in charge and we know from the McKenna Cup final that he is a fiery man on the sideline.

You would think the intensity levels would be lifted up another couple of notches from that night, and Barton will have his men pumped up, there’s no doubt about that.

The big question from a Derry perspective is have they got the firepower to win the game?

I expect it to be tight and close and scores are going to be at a premium. Have Derry got the leaders in attack to get the crucial points when needed?

Enda Lynn and Cailean O’Boyle are out injured and they are two big losses to Derry.

Barton will set up his team to be hard to beat on home turf, and he will know that they need to start well in the first twenty minutes, because they will find it very hard to claw Tyrone back if they go in front.

The Derry support will get behind their team if they do that, but I expect Tyrone to get over the line, albeit by a narrow margin.

Fermanagh got past the challenge of Antrim last week and Donegal now know they will face the Erne county on June 12.

Rory Gallagher was at the match and he will have been concerned with what he witnessed in the first half.

Fermanagh dominated the game and were 9-2 ahead at half-time. They did drop off in the second half and there are two sides to Pete McGrath’s team.

When they are good, they take a lot of stopping, but when they are poor, you can certainly get at them.

We’ll have to wait and see what team shows up to Ballybofey, but I think they will put it up to Donegal.

Fermanagh have a good record against us in championship football over the last 15 years, and they have one of the shrewdest managers in the business at their helm.

Antrim were hit for 1-12 last week, and Sean Quigley and Tomas Corrigan supplied 1-10 of that between them.

It goes without saying that they are two players that Donegal will have to mark tightly.

That might be easier said than done. It’s not just about man-marking jobs anymore, they whole defensive unit needs to work together.

The worrying issue for Gallagher and Donegal at the moment is the number of players picking up injuries.

The form of a lot of the players is also a worry, with just three weeks to go to the tussle with Fermanagh.

Two or three years ago, county players stood head and shoulders above the rest in club action.

That’s not happening at the minute, and it didn’t happen last weekend in the club championship.

That’s a concern. A lot of them looked heavy-legged and tired last week, and we know they have been doing a lot of work as they look to get ready for June 12.

Fermanagh have improved a lot and they have a game under their belts, and they will head for MacCumhaill Park, determined to reach an Ulster semi-final

No shocks in Club Championship

It was a relatively straight-forward weekend of club action with no real surprises.

The big game was in O’Donnell Park between St Eunan’s and Kilcar and by all accounts, a draw was a fair result.

With Kilcar four points up after 17 minutes, and Rory Kavanagh black-carded, you would have said that it was advantage to Martin McHugh’s team.

But in fairness, St Eunan’s have been there before and they had the experience to battle back.

Gaoth Dobhair had no real bother with Four Masters and they are serious contenders, and another team who will have aspirations about winning the Dr Maguire are Naomh Conaill, and a good second half saw them get past Termon without any real fuss.

The one club that will be seriously worrying is Glenswilly, and they will be up against it after losing to Ardara last week.

They’ve won the Donegal SFC twice since 2011, but they look like a pale shadow of the team they were.

Big Neil Gallagher was missing and he was a huge loss, as he is such as integral part of the Glenswilly set-up. 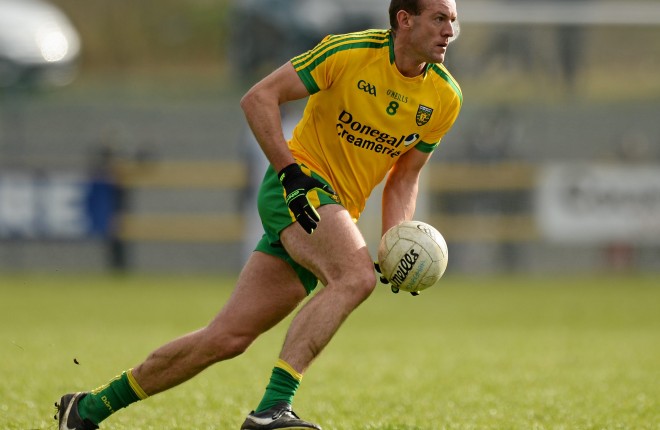 They struggled without him, and Donegal will as well, if as expected, he is not fit to face Antrim on June 12.

I think after last week’s games a lot of the club players would have decided to indulge a bit, safe in the knowledge that they probably won’t be out in championship action for another 10 – 11 weeks.

Most of the clubs were building towards last weekend, and that brings part one of the season to an end.

I was talking to an old teammate during the week and he mentioned how football has changed over the last thirty years, and we certainly live in different times now.

The standard of football now is way ahead, in terms of the conditioning of players, tactics, and systems of play.

I was watching my own club Na Rossa play Moville in Division 4 last week, and even at that level, the effort and commitment required is serious.

When I was first coming on to the scene as a 15-year-old, we used to be sitting in the dressing room before a match with maybe 12 or 13 players, waiting to see if the older brigade would arrive.

They generally would all get out of a car about ten minutes before the match, reeking of alcohol.

They would have went for a few jars after Mass, and then to the match, and they wouldn’t have thought there was anything wrong with their preparation.

Those lads would play the match and you wouldn’t see them again until the following week.

Things have moved on considerably in the thirty years since, and even Division 4 players are out training a couple of nights a week, and doing their gym work and looking after themselves.
The social element has gone and that’s maybe not such a good thing.

I’m not condoning heavy drinking or anything like that, but if you had an issue with a player, you would sort it out with the man over a pint in the local pub. You would make the peace and that would be it, and there was great camaraderie between teams.

That’s all gone now and unfortunately if players have issues now, they turn to Twitter or Facebook, and nobody comes out of that carry on looking well.