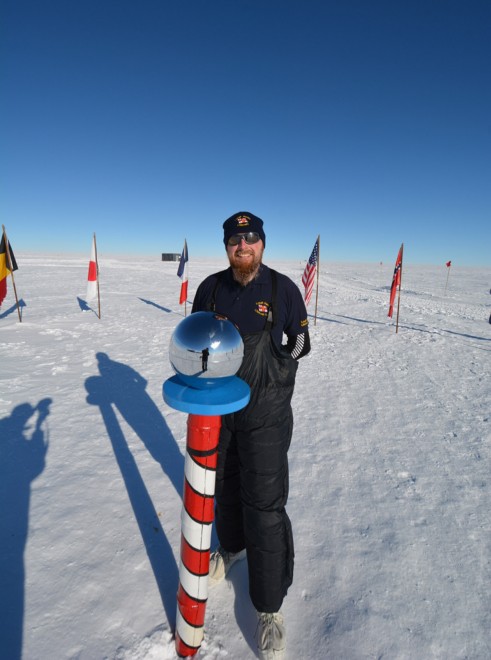 THIS weekend will see heavy rain with isolated thunderstorms likely and sleet or snow may even occur on mountain tops, according to Met Éireann.
The showery and wintry-feeling weather will continue through to the beginning of this week, with highs of just 7 degrees Celsius, well below normal temperatures for the end of April.
For most of us summer feels a long way off but one man is going round in shirtsleeves in balmy Annagry!
Danny McFadden from Calhame has just returned home following an 18-month stint as Communications Manager for Rothera, the main British Antarctic Survey (BAS) research station in Antarctica.
“I’m back a week and everything still seems a little bit strange. It’s a lot warmer for starters. There’s colour everywhere you look, I’ve got money, phone coverage and internet as well as my family and friends.
“I can order whatever food I want and I can take a walk on the beach. It’s such a stark difference to where I’ve been. We complain about stuff at times but I’ll think twice about it in the future. It’s not a bad place (Donegal) to be,” he said.
Before he got to Antarctica Danny did volunteer work with the Lough Swilly RNLI and this, combined with a background in computing and communications, helped him to get the job of communications manager on Rothera Station, on Adelaide Island.
He was heading up a team of five, providing an air traffic control service to aircraft based in Antarctica, as well as transiting aircraft heading onwards to the South Pole. They also provided flight information to aircraft for thousands of miles, from southern Chile to the South Pole.
In charge of IT
Danny was also in charge of the IT for the residents on the base, as well as visiting scientists.
“We lived and worked on the coldest, driest desert in the world,” he recalled this week.
In an interview with the Donegal News prior to his departure back in September 2014, Danny spoke about having to cope with the psychological pressures brought on by the fact that, from May to July, the sun would not appear above the horizon and that the weather will have grounded all transport.
Was it that bad?
“It was pretty bleak alright. Temperatures were down to minus 33 and as you looked into it ice would start to form in front of your eye-ball and when you closed your eyelids they would freeze shut. It was effectively dark for six whole weeks and, at times, it was a fairly cold, bleak place.
“Atlantic storms at home can be fairly harsh but when we get strong storms it’s usually the sea that whips up. For us (in Rothera) if meant that your doorway was always buried in six foot of snow and even when you dug yourself out it was as bad again fifteen minutes later,” he said.
The South Pole
It wasn’t all bad though.
“Even in Antarctica, I never expected to visit the South Pole. Even from my air traffic control tower in Rothera Research station, the South Pole seemed a world away. The experience of flying from Rothera for more than 14 hours to South Pole station – which is operated by the National Science Foundation, the United States agency responsible for promoting science through research programmes – was definitely one of the highlights.
“It’s at times like that that I realise what Tom Crean and Ernest Shackleton were faced with 100 years ago. My employer, the British Antarctic Survey, owes its creation to the initial expeditions of these brave men – and the fact that I was here a century later is a privilege not lost on me,” he said.
Communication was difficult at times too so Danny used Twitter daily to get a short and quick message out, to where many could access it and he could also share a little of his life (@dantarctic). 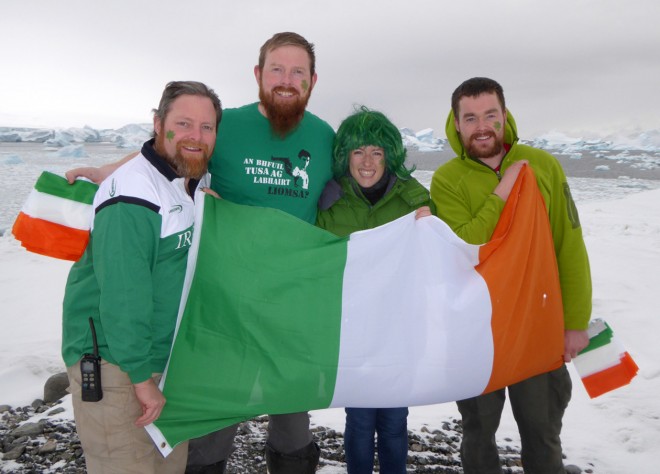 “Every day I tried to send a picture of something – aircraft, penguins, seals, orca whales, even the dinners I cooked on my cooking day, or the views from the sink I was helping wash dishes in.
“A small daily paper arrived by email but most world events and local news items never make it down south. On rare occasions someone buys a newspaper from the UK during the summer months and its arrival brings much interest to see what is happening in the wider world,” he said.
Danny missed a lot of events, birthday parties, barbecues and, sadly, funerals – including the death of his uncle Fr Bartley McFadden, Stonehill College, Boston.
“That was particularly tough but now I am excited to get back, and to see and catch up with all of those I have missed so much,” he said.
The son of Kathleen and John McFadden, Danny has two brothers James (Dublin) and Bartley (lieutenant in Army, Dublin) and three sisters Claire (San Francisco), Marion Rose (Bundoran) and Mairead (Australia). He also has a girlfriend Maggie Green who started her own business in Letterkenny, The School Door, while he was away.
“Maggie collected me at Dublin airport which was really lovely. She met me off the plane and took me home. It was great to see the countrywide as opposed to the white-scape I left behind and I really soaked up that journey back to Donegal. We missed each other quite a bit so we’ll spend a bit more time together now,” he said.
The couple kept in contact through email and satellite telephone although the quality was quite poor.
“They say that absence makes the heart grow fonder – well she’s still here after eighteen months,” he laughed.
Extended break
While Danny doesn’t see himself going back – not in the immediate future anyway – he encourages others to take up the Antarctic challenge.
“They’re always looking for tradesmen. If you’re willing to work go down there. It’s within everyone’s grasp,” he said.
Danny is taking a three- month break during which he has promised himself a warm holiday while, longer term, he would like to get back into lecturing.
“I did guest lectures in Letterkenny Institute of Technology before I left so, potentially, I might be able to get some work there,” he said.
“In the meantime I want to get back into diving while I’ll also set aside time to visit my uncles and aunts, relatives and friends. I’ll also enjoy a warm Irish summer. It was one or two degrees at best when I was away. It was 10.5 degrees the day I came home which is tropical,” he quipped.
What about the beard?
“The beard stays,” he said.
After being isolated from the outside world for so long, Danny is finding it difficult to get back on the road.
“I’m a little immobile at the moment – trying to unfreeze my life if you will excuse the pun but it’s amazingly hard to get insurance sorted for the car so I’m stuck in west Donegal without transport but I’ll get there,” he said. 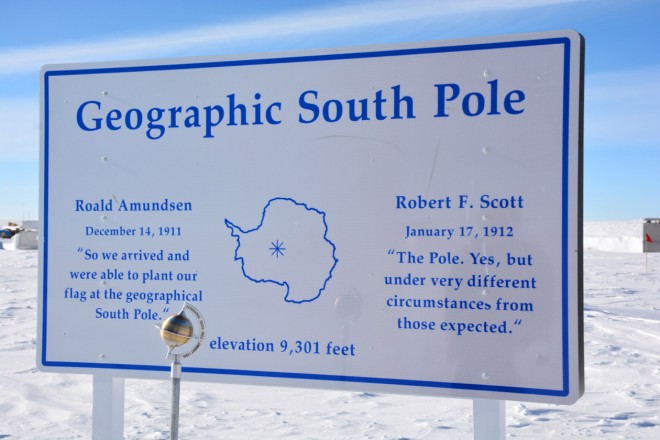 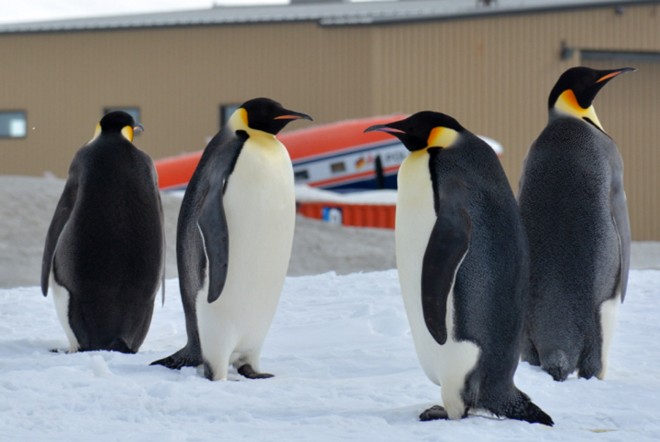 Emperor penguins beside our runway with the hangar behind. Never seen in Carrickfinn !