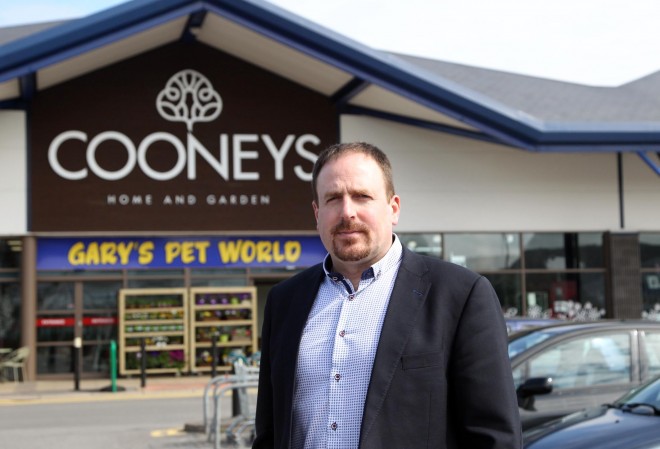 A Letterkenny store owner has shared CCTV footage on social media in a last-ditch bid to ‘name and shame’ an alleged shoplifter and her son who, he claims, stole a pair of wellington boots before walking out.
Cooney’s Home and Garden owner Gary Cooney uploaded stills from a video on Facebook on Saturday last, April 9, claiming the woman allegedly stole the boots off the shelf and then assaulted members of his staff when they approached her.
The photographs show a woman outside the shop which asks ‘Who is this thief?’, a second image with a teenage boy and the caption “Away with no shoes after trying to steal a pair of wellie boots” and a third image of a pair of wellington boots.
Mr Cooney said that the incident has been reported to the Gardai.
“They stole a pair of wellie boots and, when apprehended, didn’t want to hand them back before assaulting a member of staff. I felt that was out of order. She blatantly tried to take the stuff so I took pics of her and her young by and put them up on my Facebook page.
“Members of her family asked me to take the pictures down later on Saturday and Sunday, which I didn’t, and they tried to intimidate me,” Mr Cooney claimed.
“On Wednesday my van, which was parked outside the store, was vandalised and had a number of deep scrapes scored all over it,” he added.
The irate businessman also claimed that thefts from his premises, Cooney’s Home and Garden, was costing him thousands of euro each week.
“Multi nationals are also being hit too but they can factor the cost of such thefts into the price of their products but that it something we cannot afford to do and, as a result, I can’t turn a blind eye to it.
“I have an elaborate CCTV system installed yet these people continue to stick their fingers up to both me and my staff. I give employment to more than thirty people and, ultimately, it’s their livelihoods which are at stake here,” he said.
What about concerns that he may be breaking the law by posting such images and claims on facebook?
“I’ve been getting huge support from both the public and shopkeepers since I first raised this issue earlier in the week. It’s just a pity that no one wants to speak out about it. I may have a few questions to answer from the Data Protection Office but this has been borne out of frustration.
“On Friday last, for example, two ladies were caught stealing two heaters from the shop. They were convicted before the courts earlier this year but they’re still at it. There doesn’t appear to be any consequence for their actions,” Mr Cooney said.
Ms Toni Forrester, CEO, Letterkenny Chamber, urged all members to report any incidents of crime to the local Gardai.
“You need to report the crime or else it’s not a crime,” she said.
“We have a mobile text system which members use among one another if there are any reports of shop-lifting in the town although we would like to see more Gardai patrolling the streets of the town if possible,” Ms Forrester said.
A spokesperson for the Gardai confirmed that both incidents – alleged criminal damage to Mr Cooney’s van and shop-lifting – had been reported.
“We are investigating reports, which we received yesterday, April 13, of the theft of footwear from Cooneys Home and Garden at approximately 6pm on Saturday last, April 9.”