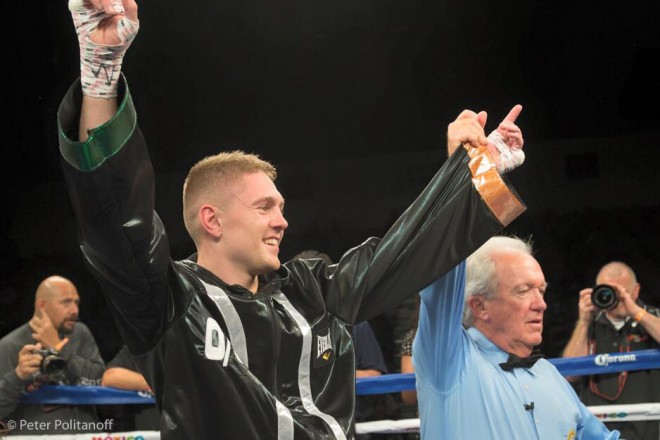 JASON Quigley’s unbeaten record in the paid ranks was extended to ten fights in the early hours of this morning.

The 24-year-old Twin Towns man had already dropped his opponent Freddy Lopez in Indio, California, before the referee reached a count of ten at 2:01 of round one.

Quilgey hurt the Mexican badly with hard early body shots and Lopez, a late replacement for the bout, was knocked down twice inside the fight’s two-minute stretch.

Lopez first took a knee after the Ballybofey middleweight crashed a blow to his liver.

The 30-year-old recovered, but not for long. Quigley went straight for the left side again and Lopez wilted.

The KO is Quigley’s ninth and the win takes his professional record to 10 – 0.

The victory by “El Animal” certainly impressed those in the big crowd at the Fantasy Springs Casino in California as he edges ever closer to a title fight.