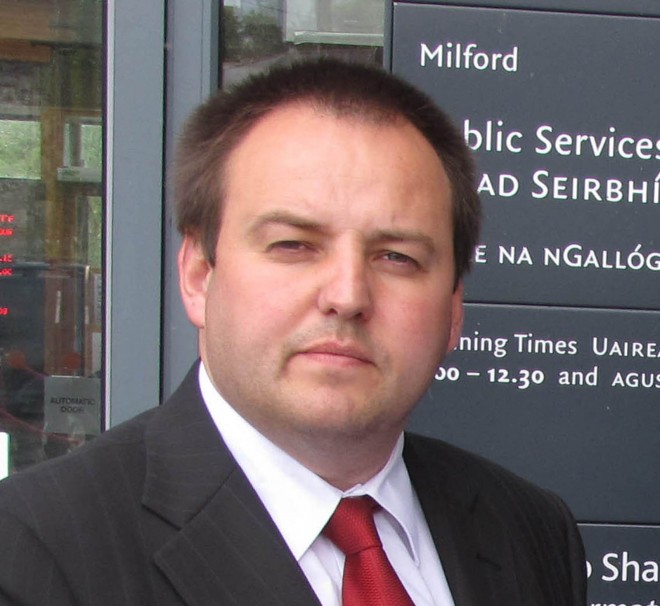 SINN Féin’s Pádraig MacLochlainn is expected to be nominated later today to represent the party on the Industry and Commerce panel in Seanad Éireann.
Mr MacLochlainn narrowly lost out on his seat to Independent Thomas Pringle in last month’s General Election in Donegal.
He is one of five Donegal men who have secured a nomination to contest the 2016 election to Seanad Éireann.
Former Fianna Fáil TD Niall Blaney has put his name forward for the Industry and Commerce panel while former Judge Sean McBride, who lives in Greencastle, was nominated externally by the Local Authority Medical Specialists to compete for one of the five seats on the culture and education panel.
Outgoing Fianna Fáil Senator Brian O’Domhnaill is also seeking re-election to the Seanad through the agriculture panel while Dr Seosamh Ó Ceallaigh from Falcarragh is contesting the culture and education panel.
Some 43 of the 60 members of the next Seanad will be elected by five panels representing vocational interests namely, culture and education, agriculture, labour, industry and commerce, and public administration.
Another 11 senators are nominated by the Taoiseach, while the final six are elected by university graduates — three each by the National University of Ireland and Trinity College Dublin.