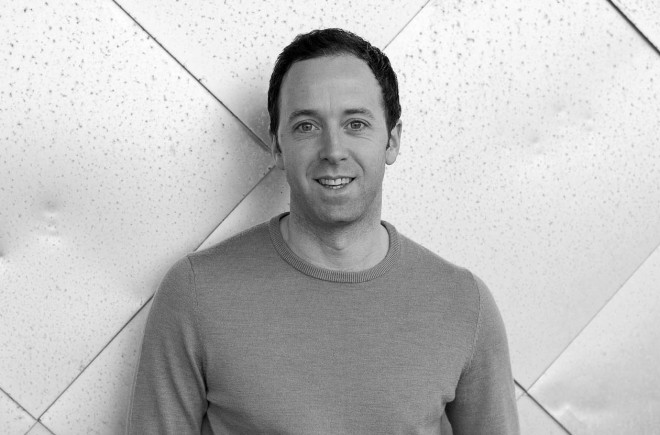 A LETTERKENNY man has secured one of the leading roles in a major new Abbey Theatre production of Frank McGuinness’s iconic play, Observe the Sons of Ulster Marching Towards the Somme.

Iarla McGowan is a professional actor who trained in London and has more than ten years experience treading the boards of a number of the main theatres there.

Now back living in the Cathedral town, he will start rehearsals in the coming weeks before embarking on a six-month tour of Britain and Northern Ireland, before arriving in Dublin for another run in August and September. There will also be a one-off performance in the Somme.

On July 1, 1916, the 36th (Ulster) Division took part in one of the bloodiest battles in human history – The Battle of the Somme.

One hundred years on, Ireland’s national theatre presents a major new co-production of the play which will be directed by Headlong’s Artistic Director, Jeremy Herrin.

Written in 1986 by the renowned Buncrana playwright, McGowan told the Donegal News it was a great honour for him to have the opportunity to perform in such an iconic play.

“I have been lucky enough to work in the West End and with Brian Friel and Stephen Rea’s Field Day Theatre Company and now I have been given the chance to work with the Abbey Theatre which is just fantastic,” he said.

Having worked with the National Theatre in London, McGowan is believed to be one of the few actors to work for national theatres on both sides of the Irish Sea.

While he acted in a number of Irish classics as well as Shakespeare productions, he says this will be his first time to perform in a play written by a Donegal man.

“I’m not over familiar with McGuinness’ work, but I was lucky to have been asked to do a workshop in London for this play. After doing the workshop, I now understand how good this play actually is. It gives you a wonderful insight into the bravery of these young men going off to fight for their freedom and I have great empathy for anyone did that. Hundreds of Donegal men did that too, so it’s a great chance for me to honour these men – that’s very important.”

Working with McGuinness, he added, was an added bonus.

“He was very generous with his time during the workshop, though, he wasn’t too overbearing and allowed us to breathe our own life in to the text. Having the writer in the room during a workshop was invaluable.

He is a very funny man, welcomed us all and had loads of stories to tell about Donegal. He is very proud of his native county and said he always loves to hear the Donegal accent in London. Currently, he is also working on a new play about Donegal.”

McGowan explained that he had to go through a couple of rounds of auditions and workshops before being offered the part before Christmas. Next month, he heads off to London to join the rest of the cast for rehearsals before setting off on the UK leg of their tour.

“This is a very big tour and a big job for any actor. I will also have the opportunity of taking part in the special one-off performance at the Somme as well as performing the play in the West End as well same of the most greatest theatres across the UK, Northern Ireland and, of course, The Abbey.”

McGowan has been back home for the past year and, during that time, he has put his own acting career on the back burner. Instead, he has been helping to hone the skills of local actors, and train new ones, in conjunction with the Workhouse Theatre Company and An Grianan Theatre in Letterkenny.

While having worked as a professional actor on the London theatre circuit, he said it’s “great to be home” and to witness the revival of drama across the county.

“I have worked from an early age with theatre groups in Letterkenny and, wherever in the world I am, it’s always great to say I’m a Letterkenny man,” he said.

“There has always been a rich tradition of drama across County Donegal. Only for that, I believe I would not have been working in drama. You have the various drama groups and musical society in Letterkenny as well as the Lifford Players, The Butt Drama Circle and the Ballyshannon Drama Society and they are all keeping the tradition alive here. I really feel we should be doing everything possible to promote our local drama scene.”

He says many of the productions he has seen since he came home have been top class.

“I had the pleasure of bringing drama students last week to the Butt Drama Circle’s production of Brian Friel’s ‘Translations’ at the Balor Theatre in Ballybofey and I was very, very impressed. There were some outstanding performances on the night.”

Needless to say, McGowan is looking forward to his latest challenge.

“It’s really exciting, but it’s going to be hard work. It’s also going to be a great chance to do a great play with a great director and in great theatres. I’m going to learn a lot from it.”

Before the rehearsals start next month, he has already been doing his own character and endurance training. Playing the part of a soldier, he also has to be in tip-top physical shape.

“I’ve also been doing a lot of reading. I studied history at university, so WWI is a subject I know very well. I have a real compassion for the bravery of everyone from Ireland who went off to fight in the first World War, no matter what side of the divide they came from,” he concluded.

For further information, tour dates and venues, log on to www.abbeytheatre.ie