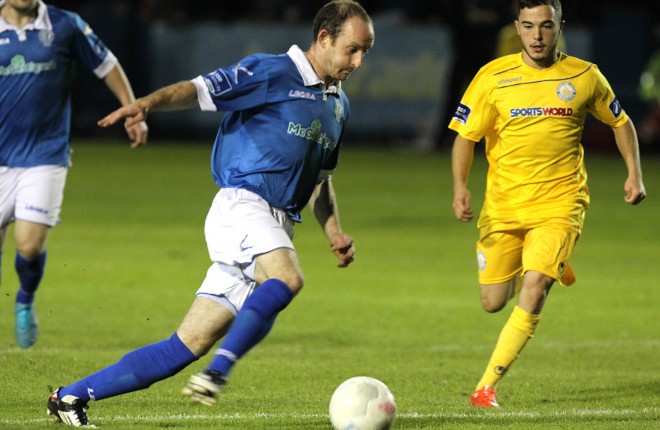 GARY McCabe’s 70th minute penalty was the difference between the sides as Shamrock Rovers defeated Finn Harps in Ballybofey tonight.

Rovers had the better of the first half and had a couple of decent opportunities to take the lead, but Harps held them out.

Ollie Horgan’s men battled hard in the second half, but the Tallaght sde were awarded a penalty when goalkeeper Richard Brush took down Danny North, and McCabe hammered the spot-kick to the top corner of the net.

Harps pressed forward in the closing exchanges and forced a number of long throws, but they couldn’t create a clear-cut opportunity.

However, the Harps players felt they should have had a penalty at the death when Michael Funston went down in the box, but the referee Neil Doyle waved away the appeals and Rovers held on to collect all three points.