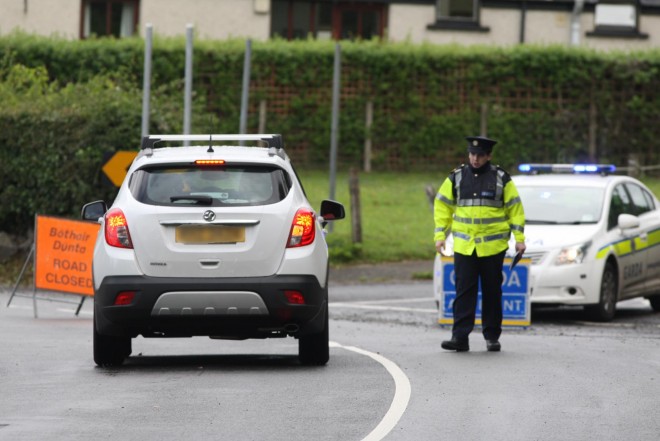 A SUSPECTED dissident Republican from Killygordon is expected to be brought under armed guard before the Central Criminal Court shortly to be charged with the possession of illegal weapons.
The 39-year-old unemployed man, who cannot be named, was arrested in Slane, County Meath, on Wednesday evening and is being detained at Drogheda Garda Station.
There was a large garda presence in Killygordon village later that night while a raid was carried out on the man’s flat.
Further searches were being carried out along the River Finn today (Thursday).
Operating on intelligence, armed officers from the Emergency Response Unit (ERU) and the Special Detective Unit stopped a car travelling north along the Derry road.
Three AK 47 assault rifles were found in the back and are now being examined to establish if they were used in the murder of David Byrne at the Regency Hotel last month.
The suspect is believed to be connected to dissident Republicans and can be held for up to 72 hours under Section 30 of the Offences Against the State Act before being released or charged.
It is understood he has come to the attention of Gardai before.
The operation and arrest was the result of a massive undercover operation and Gardaí were refusing to comment yesterday for “operational reasons.”
For full report, see Friday’s Donegal News or subsribe to our digital edition.