FORMER Fianna Fáil Deputy Niall Blaney is to re-enter politics and will contest the forthcoming Seanad elections. Former Sinn Féin deputy Padraig MacLochlainn is also to seek a seat, the Donegal News has learned.
Mr Blaney will contest a seat on the Industrial and Commercial panel, one of five Vocational Panels which together elect 43 members of Seanad Éireann.
Deputy Blaney (42) was first elected to the Dáil as a member of Independent Fianna Fáil in 2002. He joined Fianna Fáil in 2006 and successfully retained his seat in 2007 before pulling out of the 2011 election campaign just a month before polling day.
In more recent times, Mr Blaney expressed a desire to return to politics at ‘some point in the future’ andFrom page one although he was unavailable for comment yesterday (Thursday) it looks like he has now reached that point.
Earlier this week, a senior Fianna Fáil spokesman in Donegal said that he would not rule out Mr Blaney’s name from being on a Seanad ballot paper.
“The Blaneys played a key role last weekend. The party machine was on full revs and they played an integral part in delivering two seats for Fianna Fáil in Donegal. He deserves a nomination,” the source said.
Last weekend’s election was the first time in 89 years that the Blaney name was absent from the ballot paper in Donegal. Niall’s late grandfather, Neal, was a former Senator (and TD) while his late uncle Neil T and late father Harry were both members of the Oireachtas.
MacLochlainn
Pádraig MacLochlainn is being mooted as a possible Sinn Féin party nominee for the Seanad. Having narrowly lost his seat to Thomas Pringle (Independent) last weekend, the Buncrana-based politician finds himself out of a job.
“It was disappointing for me personally to lose the seat last weekend but I have to say that I’ve been overwhelmed with the messages of goodwill I’ve received from supporters and friends these past few days.
More determined
“It’s made me more determined that ever to continue serving the people of Donegal and should Sinn Féin offer me the option of taking up a Seanad post in the next week or two it’s one that I will gladly accept.
“At the end of the day almost 6,000 gave me their first preference vote and I’ve a duty to represent those people. I’ve no divine right to get the nomination but should I be offered one I’ll definitely accept,” Mr MacLochlainn said.
Elsewhere, Deputy Pat The Cope Gallagher has been linked with the Ceann Comhairle’s post. The Cope, who celebrates his 68th birthday next week, said that he was prepared to serve, in whatever capacity asked of him, in the 32nd Dáil.
“That said, I wouldn’t be putting too much money on me getting that job,” he quipped.
Fine Gael candidate Paddy Harte has also expressed an interest in being part of the new Seanad.
“While I would be honoured to get a nomination there’s too many imponderables out there yet to get too excited not least the make-up of the next Government,” he said. 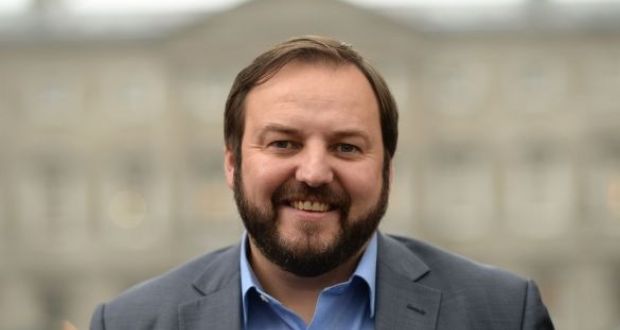