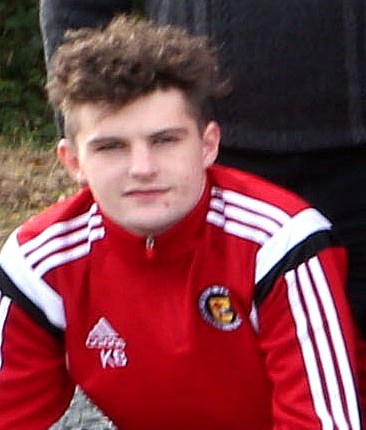 If you were throwing a party and you could invite anyone in the world, dead or alive, who would you ask around? Cathal McGettigan is always a good man to have around if he gets the hall pass!

Where do you like to go out to celebrate after a big victory?
We usually go to the Cavern first and then to Voodoo. We let TJ Evesson tag along sometimes because he has no friends, but he has a habit of drinking fairy liquid shots and going home early.

What’s the worst pitch you’ve ever played on? Ballyraine’s pitch – don’t think there was a blade of grass on it.

Which character in any film are you most like? I’ll go with Jordan Belford in Wolf of Wall Street.

Any odd items in your kit bag? Not really, just the essentials.

Who’s the biggest joker in the team you play for? Peter Doherty fancies himself as a bit of a joker, but usually we’re just laughing at him not with him.

Who is the worst trainer? Probably would say myself.

Who spends most time in front of the mirror in the dressing room? Christopher Sweeney again – he would be tensing for 10 minutes before the game.

Who’s the best/worst person to sit beside on the team bus?
With Milford, Caolan McGettigan would be the best, he has some great tunes. Cathal McGettigan is the worst when he’s driving because he still doesn’t know where second gear is. Gary Merritt is the worst with the Oscar Traynor team because every sentence starts with ‘When I played for Finn Harps’.

Toughest opponent you have faced? Paul Sweeney – if he doesn’t get the ball he gets you!

Best manager you’ve ever played under? I’d say Brian Dorrian – he knows his stuff apart from when he’s talking about how him and Seamus Coleman are mates.

Best ever performance? Knockalla Cup final when I played for Swilly Rovers. We beat Letterkenny Rovers 1-0 and I got the winner.

One to forget? The other cup final that season against Cockhill. We were beat 1-0 late on.

When you were playing in the back garden, who did you pretend to be?
Cristiano Ronaldo.

If you were in charge of the team, who’d be in and who’d be out of the side?
Would get in John Roulstone because he always gets the bench laughing or Calvin Mooney as he’s a quality player. Wouldn’t get rid of anyone.